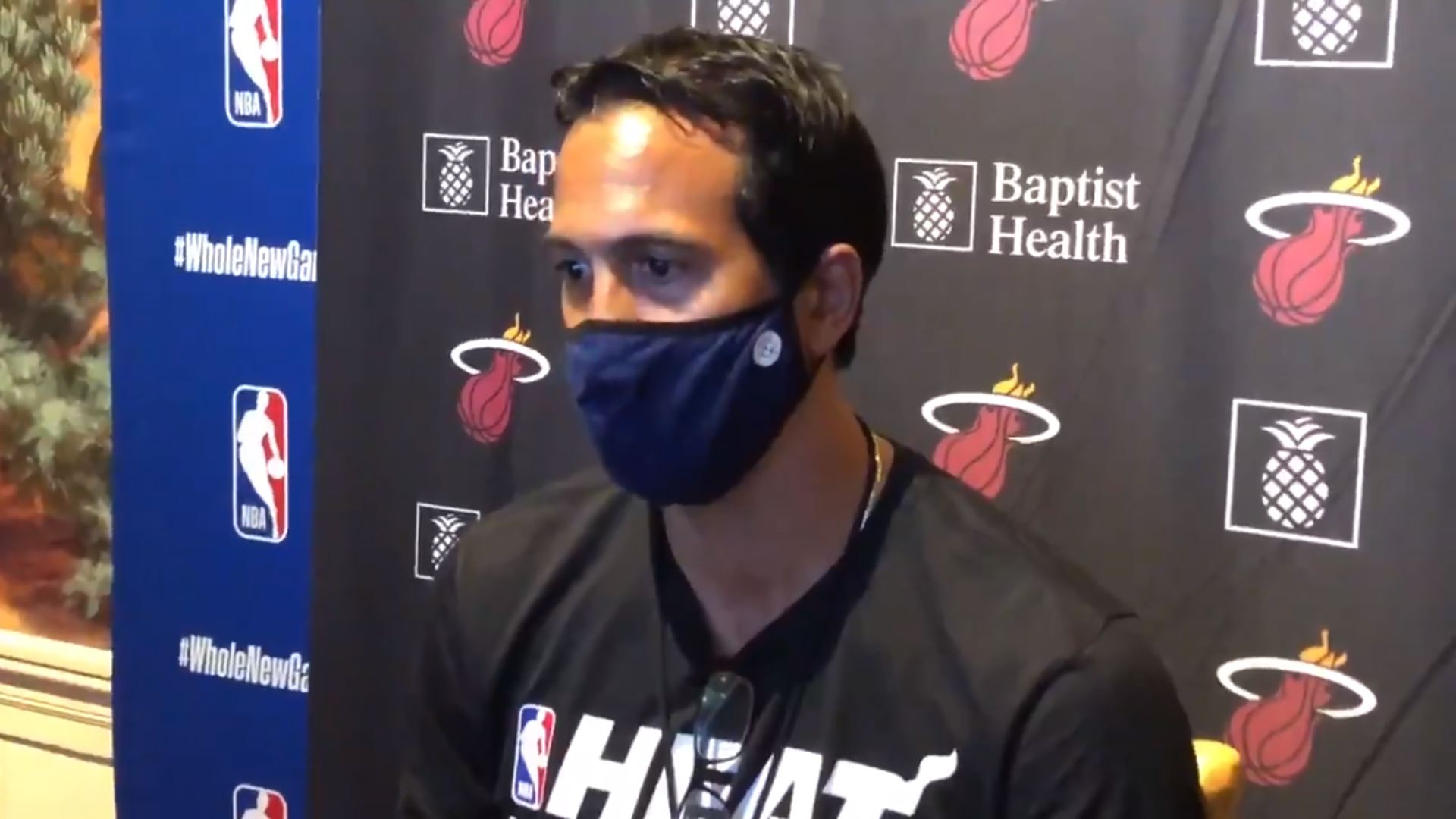 Erik Spoelstra on what happened to the Marlins: "It's humbling. We absolutely have to stay humble and respectful with this virus. I've said it many times, we are not in control."

The news of the Marlins’ misfortune came just three days after they had opened their shortened 2020 season. It could conceivably be the precursor to a nightmare scenario in which baseball is forced to shut down again.

Spoelstra is certainly hoping that a similar event doesn’t take place when the Heat resume their season on Saturday, given the toll the pandemic has already taken, especially in the state of Florida.

The insidious nature of the virus is such that even with the effort the NBA has made in trying to make sure that everyone within the bubble in Orlando, Fla. is protected, there are no guarantees that everyone is safe

Those efforts include frequent testing for the virus and playing without fans, financial costs that show how committed the league is to crowning a champion in October.

The Heat will start back up against the Denver Nuggets on Saturday, hoping to improve on their 41-24 record and possibly making up the two-and-a-half game deficit behind the Boston Celtics. Whether the Heat and other teams stay healthy is one of the unknowns entering this resumed season.