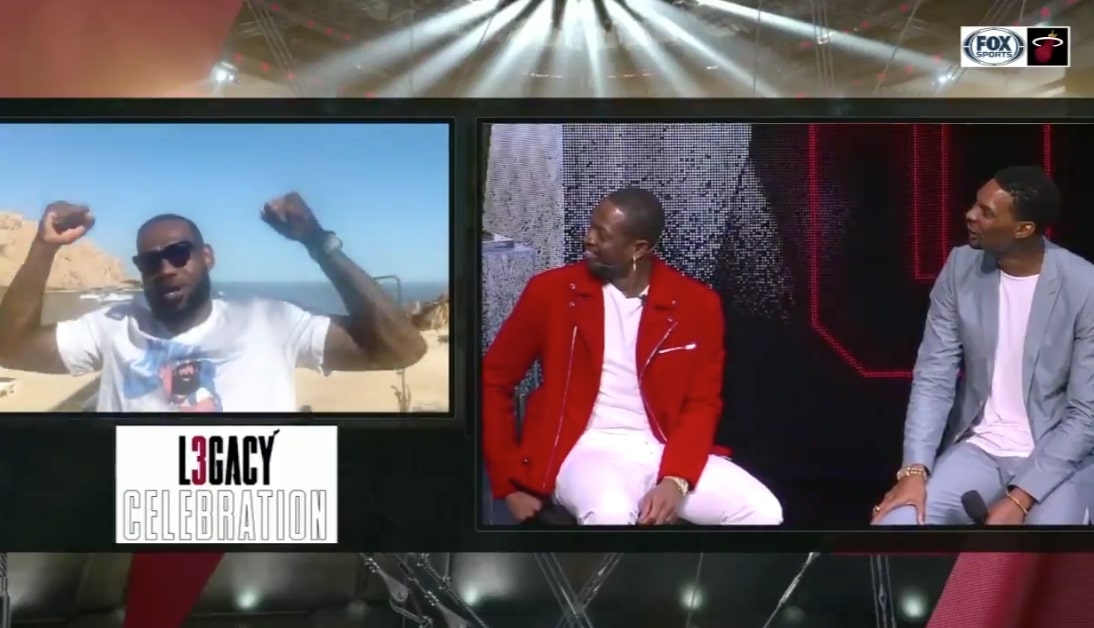 James, who spent four seasons with the Heat from 2010-11 to 2013-14, instead sent a video that was played during “Flashback,” which kicked off a three-day tribute for Wade.

"I think it was inevitable."@KingJames congratulates @DwyaneWade on his jersey retirement ? pic.twitter.com/j0jjCmhPrV

“D. Wade, I just want to say congratulations to you, man, on getting your jersey retired,” James said. “Am I really sitting here congratulating you on something that we both knew was going to happen when we were sitting there pre-draft in Chicago? I feel like, as soon as the Miami Heat drafted you, and said, ‘Dwyane Wade out of Marquette,’ that the name and the jersey was (sic) going up in the rafters? I think it was inevitable.

“I really should be sitting here wondering like, when that statue is going to go outside AmericanAirlines Arena? Which one is it going to be? Is it going to be the Flash dunk that you did in the Finals when you won your first championship? I don’t know. Nah, maybe not that one. Is it the one where you stand on top of the scoreboard and you say, ‘This is my house.’ Is it that one? Nah, I don’t know about that one. Or maybe it’s the one where you keep pulling yourself up on the rim, you know I’m standing right there pregame before the game starts. I think I like that one.”

James missed “Flashback” due to the Lakers’ game against the Memphis Grizzlies on Friday. He is not expected to appear in any of the weekend events in Miami particularly because the Lakers will have another game at home versus the Boston Celtics on Sunday.