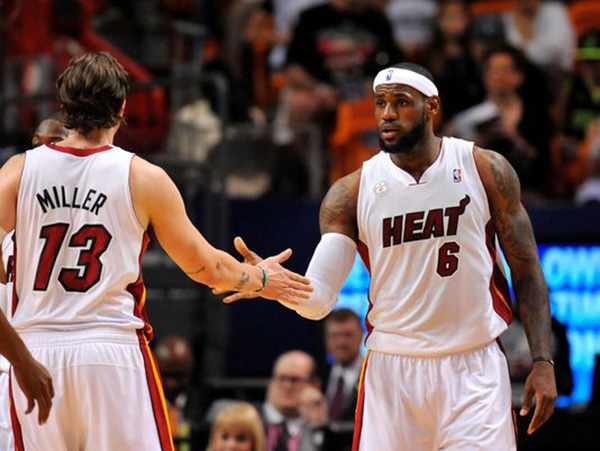 LeBron James is one of the best passers in NBA history, and he has no shortage of legendary assists.

In the 2013 Eastern Conference Finals, James had one of his most impressive assists ever, finding Mike Miller in the opposite corner despite being contested by three defenders.

I see you Killa 👀 @MikeMiller_13! 👌🏾. P.S. don’t try that pass at home! Ha! Don’t want your parents putting u on punishment during this quarantine. That wouldn’t be cool. https://t.co/gsygf1XJTs

James’ shoutout to Miller highlights how difficult of a pass it was, as he advised everyone not to try it at home.

Though the Miami Heat were favored to win the series against the Indiana Pacers, the Pacers put up a good fight and took the Heat to seven games.

James’ ability to create plays out of nothing proved important against the Pacers. He led the Heat in assists during the series, averaging 5.3 per game.

Miller played a less central role for the team throughout the 2013 playoffs, however he proved capable of making big shots. In the clip James alluded to, Miller was able to catch the ball with almost no time left on the clock and still sunk the shot.