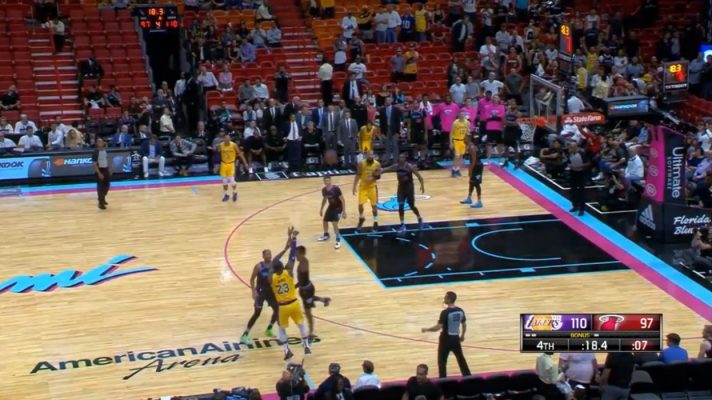 LeBron James dominated Sunday night’s matchup between the Los Angeles Lakers and Miami Heat, and he finished his 51-point performance with an exclamation point by hitting an incredible 3-point shot.

While it may be seen as disrespectful, considering the fact that the game had effectively been decided, James said he took the shot because teammate Lance Stephenson dared him to do so.

It’s a pretty clear testament to James’ ability as a player. While he did not have to even take the shot, he did it just to prove a point. Unfortunately that point victimized the Heat who are now sitting with a record of 6-10.

While this game definitely did not end in the way Heat fans would have hoped for, Miami will get another shot at James and the Lakers when it heads to Los Angeles for a matchup on Dec. 10.
[xyz-ihs snippet=”HN-300×250-TextnImage”]