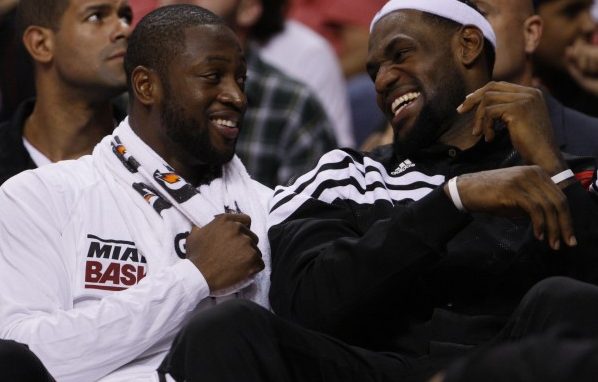 December is the ideal month to spend time on the couch watching classic Christmas movies like “Home Alone 2.” That’s exactly what good friends LeBron James and Dwyane Wade did recently, as was shown via some social media posts.

In a series of videos, the two former teammates laugh hysterically at the 1992 film starring Macaulay Culkin.

“This is what my worst nightmare looks like,” Wade remarked, as he watched the hilarious scene when pigeons attack the Wet Bandits.

The holiday season is often a time when people relive their childhoods surrounded by family and friends. It’s clear that James and Wade, despite being two of the most recognizable players in the NBA, do exactly the same.
[xyz-ihs snippet=”HN-300×250-TextnImage”]