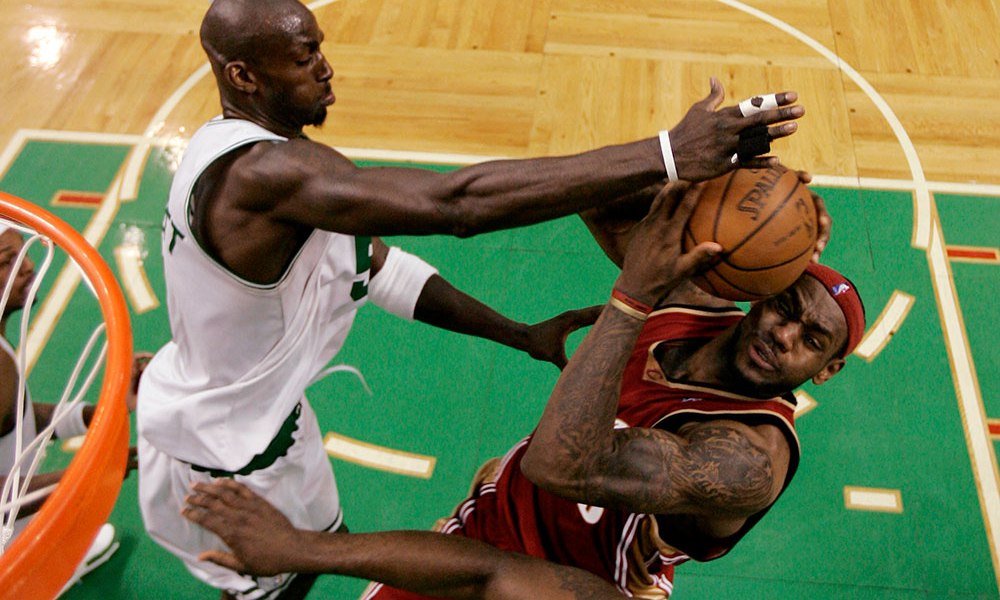 Kevin Garnett didn’t mince words in an interview about how his Boston Celtics team “broke” LeBron James when he was still playing for the Cleveland Cavaliers.

The former Celtics forward was a guest on “The Bill Simmons Podcast” where he unapologetically shared what Boston did to James’ psyche during his first stint with the Cavs.

“We didn’t give a f*ck about LeBron. We didn’t fear LeBron and we didn’t think he can beat all five of us.”

While discussing the 2012 Miami Heat-Celtics Eastern Conference Finals series with Boston ahead 3-2, show host Bill Simmons suggested that the Celtics were talking trash to James ahead of Game 6 because they felt they could break him.

Garnett cleared up what was going on behind the scenes, saying that they broke him before with the Cavs, but this time around, it was the media that was talking about James in a negative light.

“We broke LeBron (in Cleveland),” Garnett told Simmons. “So get your a– outta here with that, alright? You understand how he got to Miami, Bill? You remember that? Ok, so you remember that. You should stop bringing that up, alright?

“They was talking s— to him, the media. And the league knew that they had an agenda in which we weren’t part of the agenda. You understand? Right. And that’s how they ended up winning that series.”

James had lost to the Celtics during the 2008 and 2010 playoffs. After coming up short time and time again, the former Cavaliers star decided to test the waters elsewhere in the offseason. Free agency gave him the option to go to a team with a greater chance to defeat his nemesis.

That’s when he infamously went to the Heat in 2010, where he faced Garnett and the Celtics two more times in the playoffs.

Rather than being “broken” by the Celtics in 2012, James broke the Celtics in Game 6 with a 45-point, 15-rebound performance that remains to this day as one of his all-time greatest games. The Heat won Game 7 in Miami which led to it ultimately coming out victorious in the Finals with a 4-1 series victory over the Oklahoma City Thunder.

James returned to Cleveland in the summer of 2014, winning the title two years later to give the Cavaliers its first championship in franchise history.

FeaturedKevin Garnettlebron jamesNews Ticker
← Previous Story Why Duncan Robinson’s Agent Told Him to Sign With Miami Heat Over Other NBA Teams
Next Story → Stephen A. Smith Says Miami Heat ‘Can Go as Far as the Conference Finals’