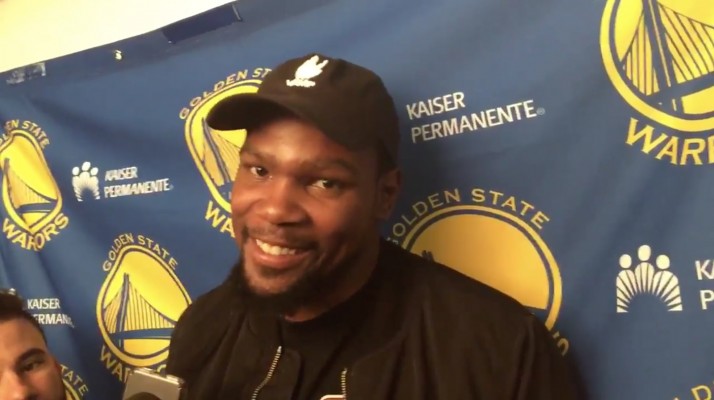 Waiters finished the night with 33 points (his second consecutive game with 33 points), five rebounds, four assists, and one incredibly clutch go-ahead 3-pointer to give his team the win.

Afterwards, Warriors forward Kevin Durant was asked about the shot that put his team away, and his response was pure gold.