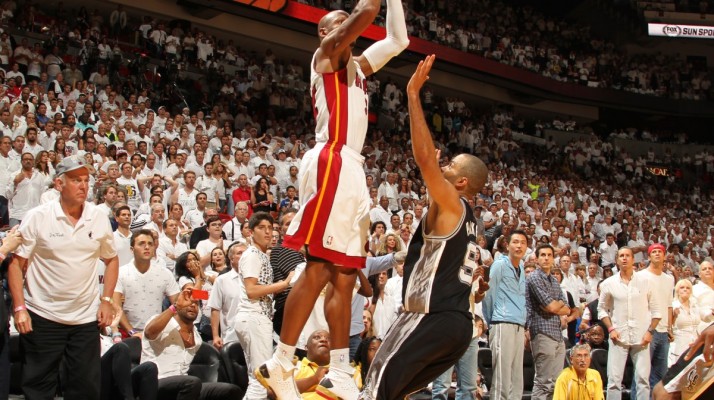 The Toronto Raptors won their first NBA title on Thursday night, dethroning the Golden State Warriors amid drama going down to the final seconds.

After the game, series MVP Kawhi Leonard indicated that his memory of watching Ray Allen’s dramatic 3-pointer in the 2013 Finals helped him focus on the task of simply going for the rebound on the Warriors’ final shot in order to clinch the victory.

The Raptors were clinging to a tenuous 111-110 lead and had just turned the ball over with 9.6 seconds left to give the Warriors a chance to win the game. However, Stephen Curry missed on his 3-point attempt, with the ball then scurrying toward midcourt.

While the Warriors’ Draymond Green got the ball at midcourt, his attempt to call a timeout resulted in a technical foul and turnover being assessed to the Warriors (since they were out of timeouts) with 0.9 seconds left. Leonard converted the technical and then converted two free throws after being fouled to close out the title.

Following the contest, Leonard’s lasting memory of that jarring 2013 loss was driving his play on the boards:

“I was just focused on the rebound. I’ve been in situations like that. In the Finals that I lost, two or three points and we lost that game because of rebounds. I forgot who shot the ball, I mean you guys know the story. It was the last two possessions for Miami, they got two chances to shoot 3’s or four chances out of two possessions, and that was my focus, I was just trying to get the rebound.”

Six years ago, Leonard was a member of the San Antonio Spurs, who held the same 3-2 lead his Raptors did entering last night’s game. With 19 seconds left in that year’s Game 6, Leonard split a pair of free throws to give the Spurs a 95-92 advantage.

Needing to connect on a 3 to send the game into overtime, the Heat got two opportunities and converted in the latter instance. The first 3-point attempt came from former Heat forward LeBron James, who missed with seven seconds left. However, Chris Bosh got the rebound and threw it to Allen, who drained arguably the most iconic shot in Heat history with just 5.2 seconds remaining in regulation.

The Heat went on to win that game in overtime, 103-100, then captured their second NBA title in a row two nights later in a 95-88 victory. However, Leonard did get a measure of revenge the following year when he also won Finals MVP honors by helping the Spurs defeat the Heat in five games.
[xyz-ihs snippet=”HN-300×250-TextnImage”]