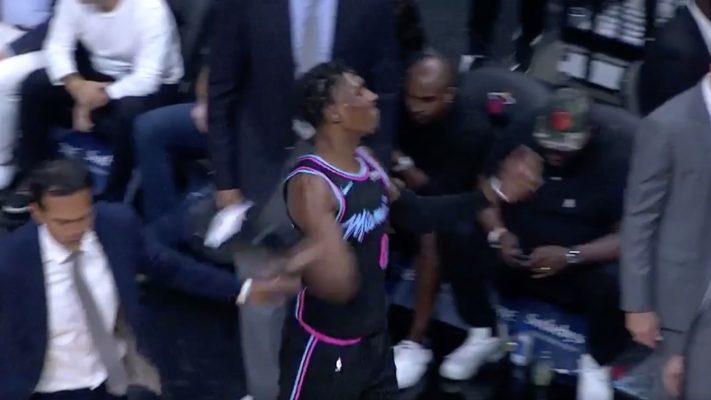 The Miami Heat seem well on their way to a double-digit loss to the Los Angeles Lakers, and the frustration of yet another home defeat got the best of Josh Richardson when he threw his sneaker into the crowd and was subsequently ejected on Sunday night.

Josh Richardson got a tech for throwing his shoe into the stands ? pic.twitter.com/fsqWOpLMI1

Richardson initially lost his shoe while attempting a basket on the other end of the court. While he seemed upset to not get the foul call after the shot, throwing the sneaker seemed to be more of a result of building frustration after a tough game.