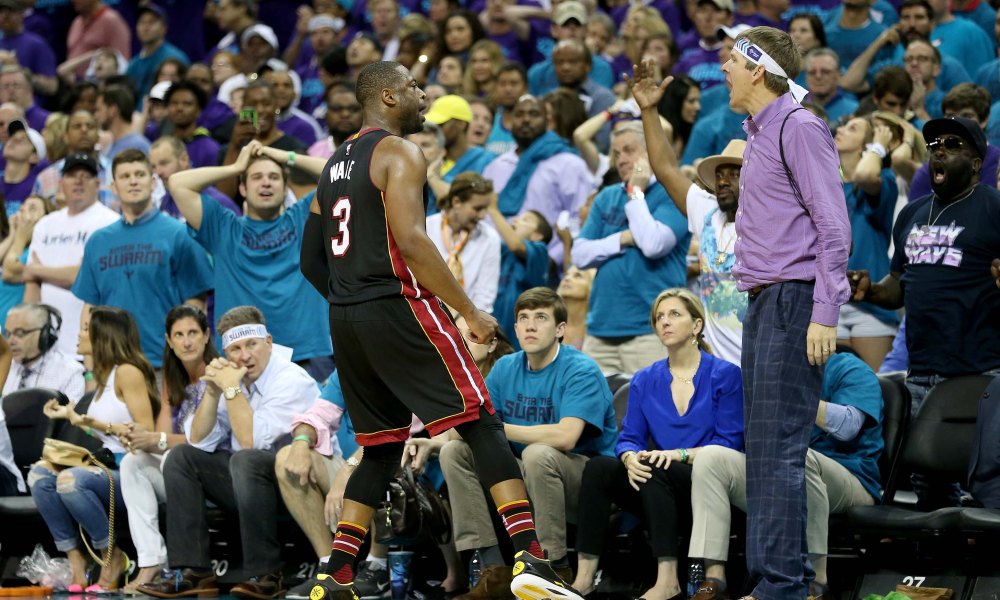 Dwyane Wade’s farewell tour is conjuring up incredible memories from his storied career, and earlier this week, two of Wade’s Miami Heat teammates took the time to share their favorite Wade-related memories.

Josh Richardson and Bam Adebayo were asked about Wade while in the Heat locker room, and both seemed more than happy to share.

“Top one for me is in Charlotte,” Richardson began. “Game 6 of the finals my rookie year. He had like 36 points and in the fourth, I was on the court actually, but it was like I was a fan. I was just standing there like, ‘Wow.’ He passed me the ball once, and I was like, ‘Don’t pass me the ball, you do it.'”

It was then that Adebayo spoke up to reveal a shocking twist of fate.

“Bro I was there! Bro it was amazing,” Adebayo said before being asked if that was his favorite Wade memory as well. “Yes. It’s my only NBA game I ever went to, that’s what’s crazy. And then I ended up getting drafted here. Ain’t that how life work? Ain’t it funny how life work?”

Richardson then interjected one last time.

“It was probably the greatest display I’ve ever seen from a player,” he said.

Memories like these are part of what makes Wade’s drawn-out farewell so special. It gives fans the opportunity to not only enjoy the here and now, but to also look back at all the incredible moments along the way.

For youngsters like Richardson and Adebayo, who clearly idolize Wade as a player, the ability to take the court with him in his final season is likely a dream come true.
[xyz-ihs snippet=”HN-300×250-TextnImage”]