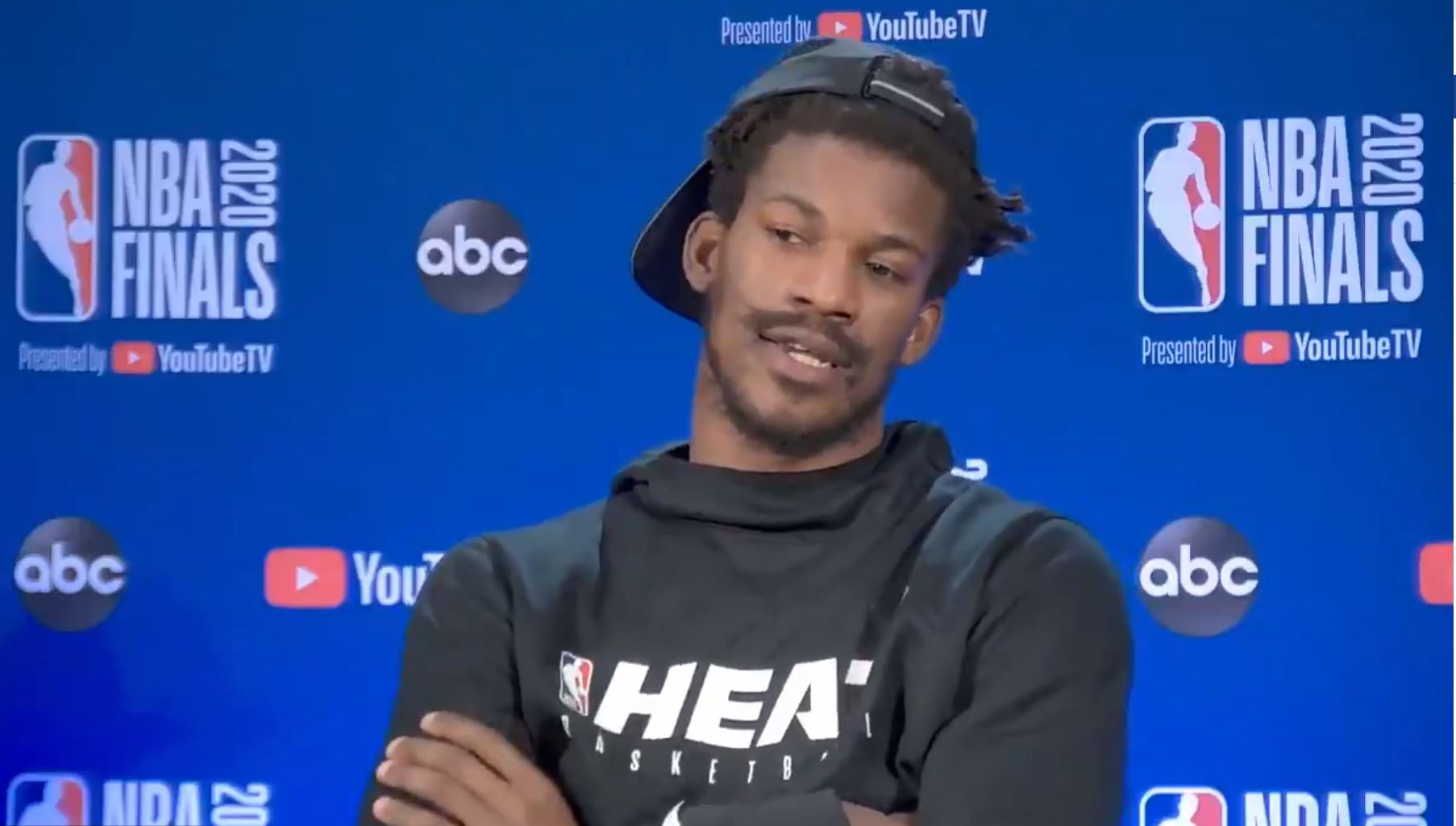 Miami Heat star Jimmy Butler turned in an all-time NBA Finals performance on Sunday night, notching a 40-point triple-double to lead the Heat to a 115-104 Game 3 win over the Los Angeles Lakers.

It was one of the best Finals performances in recent memory, but Butler said that it was not the best game of his career.

In fact, what he considers his best game ever is not what you’d expect.

Jimmy Butler says the best game he ever played wasn't last night vs. the Lakers, but when he dominated against 45-year-olds at 17 😤 pic.twitter.com/M7jH1wY57i

“Probably not,” Butler responded when asked if Game 3 was the best game he ever played given the circumstances. “I was really good whenever I was at high school, and I played in this league where I played against like all 45-year-old men, and I really dominated whenever I was like 17. This is up there, but back then I was killing them.”

Leave it to Butler to downplay what an amazing performance he had in Game 3.

The All-Star took it upon himself to stop the Heat from falling in a 0-3 series hole, even though Miami was without Goran Dragic and Bam Adebayo.

Now, the Heat need Butler to stay hot as they look to even the series in Tuesday’s Game 4.