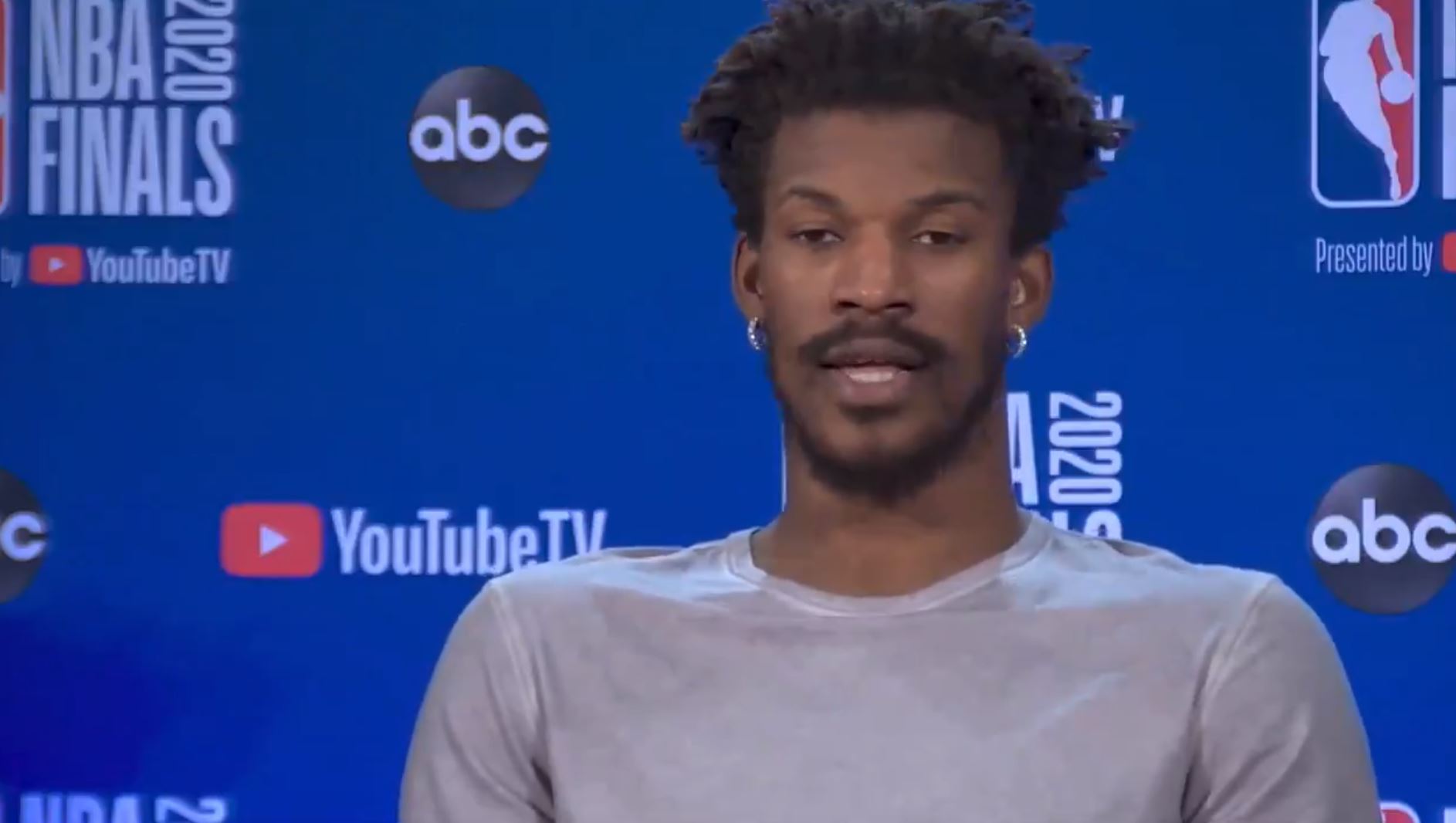 Despite being underdogs throughout the NBA Finals, the Miami Heat have remained confident, even after falling behind 1-3 to the Los Angeles Lakers.

Much of that confidence seems to emanate from All-Star Jimmy Butler.

After the Heat won Game 5 111-108 to force a sixth game, Butler talked about his confidence in his team’s offensive attack.

Jimmy Butler on how to counter what the Lakers throw at him – “I think whatever you throw at me, it’s not gonna work cuz if I’m open, I’m gonna shoot it. If I’m not, I’m gonna it to Duncan or Tyler or K-Nunn or Bam or Jae, and they’re gonna make the shot.”#Heat pic.twitter.com/RYhNG1HO78

The Heat took an early lead on Friday and maintained it for most of the game.

Although the Lakers made a run in the fourth quarter to put some serious doubt in Miami’s title hopes, Butler saved the day.

He had 35 points, 12 rebounds, 11 assists and five steals, including several buckets and free throws in crunch time to prevent the Lakers from hoisting the Larry O’Brien Trophy.

When Butler didn’t have a good enough look, his young teammates help up their end of the bargain.

Duncan Robinson, in particular, shouldered the burden with 26 points and seven 3-pointers.