Don't Miss
Home / Videos / Jimmy Butler on Sacrificing for His Family: ‘I’m Going to Bring Them a Championship’

Jimmy Butler on Sacrificing for His Family: ‘I’m Going to Bring Them a Championship’ 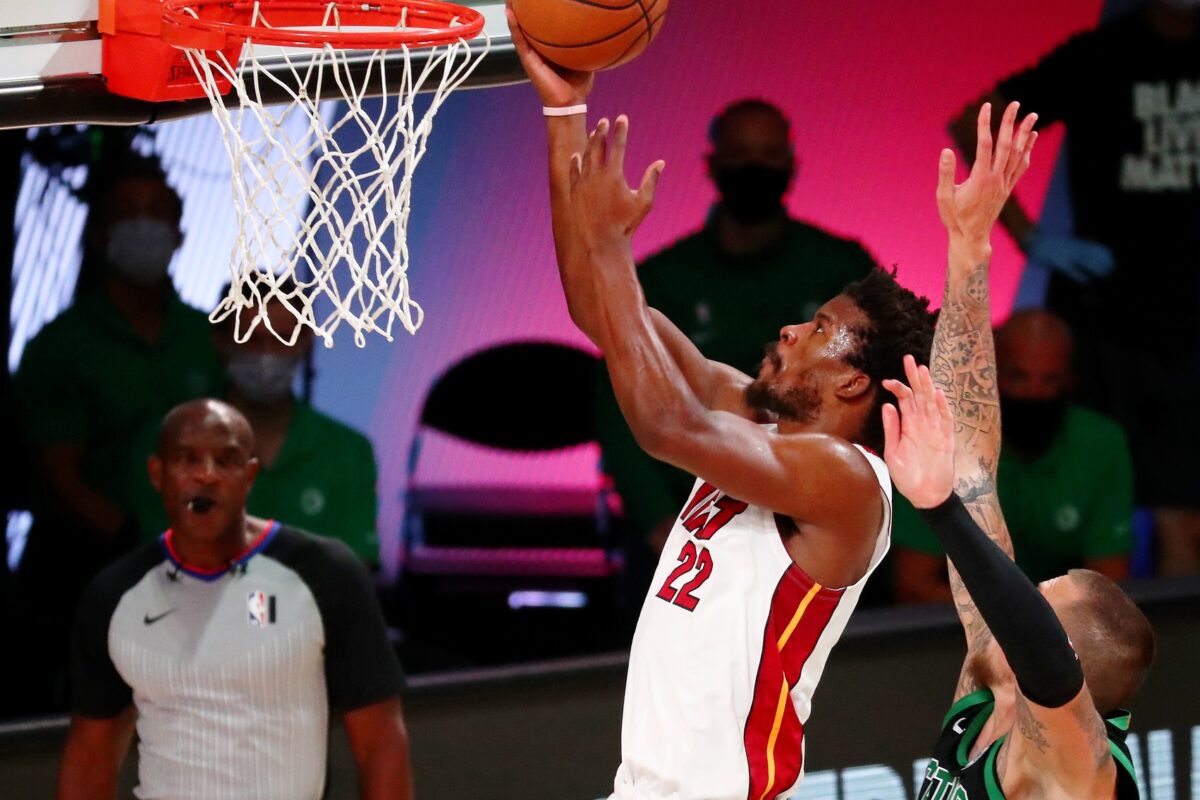 The Miami Heat continued to define their culture on Thursday night. Jimmy Butler and company pulled off another come-from-behind victory in the NBA playoffs to take a commanding 2-0 lead on the Boston Celtics.

Following another impressive victory in the Eastern Conference finals, Butler talked about his motivation as he inches closer to making the NBA Finals for the first time in his career.

“I’m going to bring them a championship.”

Butler’s journey in the NBA has been an unorthodox one. The veteran forward played for three different teams before finding the ideal fit with the Heat, and now he’s reaping the benefit of being a leader on a legitimate title contender.

Although Butler has rubbed some of his former teammates the wrong way and dealt with criticism, the 31-year-old has an opportunity to cement his legacy in Miami as the face of an NBA franchise.

The Heat adopted Butler’s style, grit and attitude as they continue to flourish as the underdogs. Perhaps the team’s most admirable trait, taken from its undisputed leader, is that it refuses to back down from any opponent.

With the team two wins away from the NBA Finals, Butler’s job as the leader of this inspired squad is far from over. The Heat will get back to work on Saturday in Game 3. Miami will try to put tremendous pressure on the Celtics with a third straight win, putting the series on the line for Boston in Game 4 on Monday.