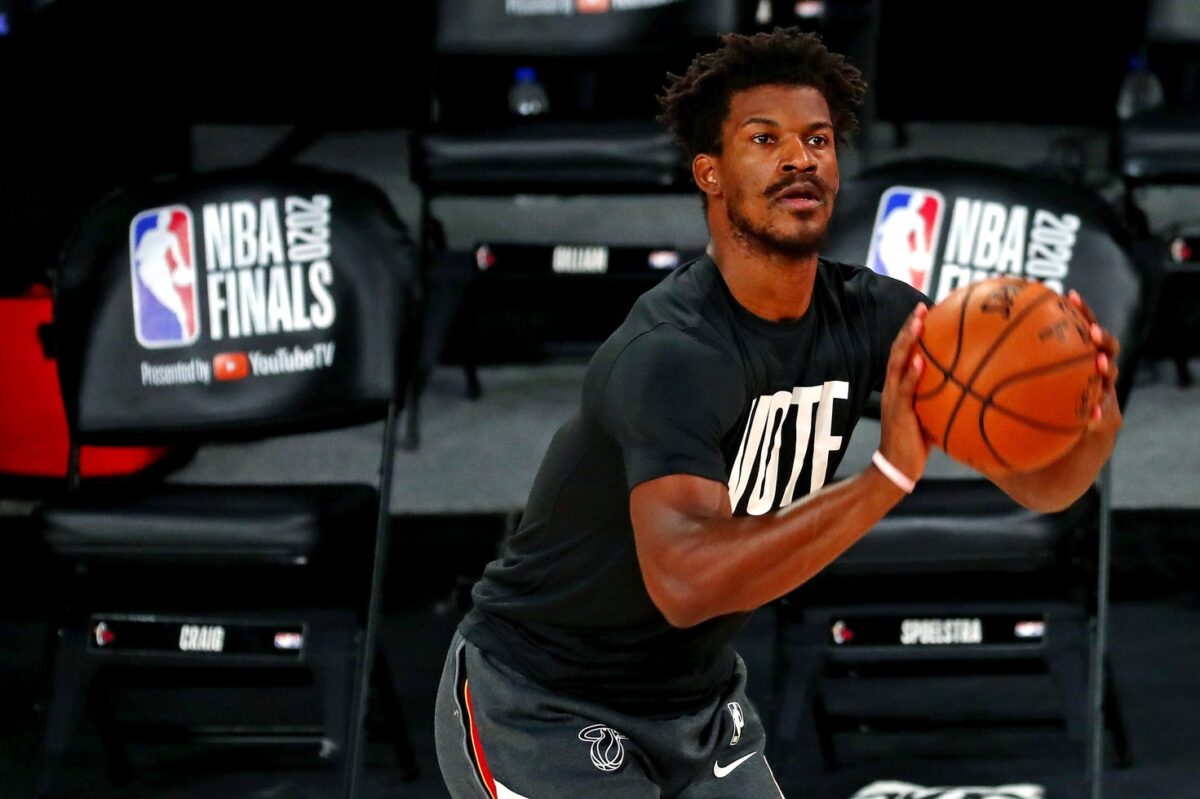 Miami Heat star Jimmy Butler may have some extra motivation for this season.

Butler noted that players like Karl-Anthony Towns, Kyrie Irving, Kevin Durant and Stephen Curry are all better than him.

“You’ve got some really good players that are much better than I am coming back – KD, Kyrie, Steph, KAT … I’d pick those guys over me too.” —Jimmy Butler

“I don’t have to look at any media outlet to know that we got some really good players that are much better than I am coming back,” Butler said. “KD, Kyrie, Steph, KAT, a lot of guys that was out are coming back so I’d pick those guys over me too.”

Butler led the Heat to the NBA Finals last season, but he clearly still has something to prove.

Miami lost to the Los Angeles Lakers in six games in the Finals, but it was without Goran Dragic and Bam Adebayo for some of the series.

Butler was fantastic in his first year in Miami. He averaged 19.9 points, 6.7 rebounds and 6.0 assists per game.

The Heat made the playoffs as the No. 5 seed in the East, but Butler helped them knock off the Indiana Pacers, Milwaukee Bucks and Boston Celtics.

Butler and the Heat are looking to begin their journey back to the Finals when the 2020-21 season kicks off on Dec. 22.