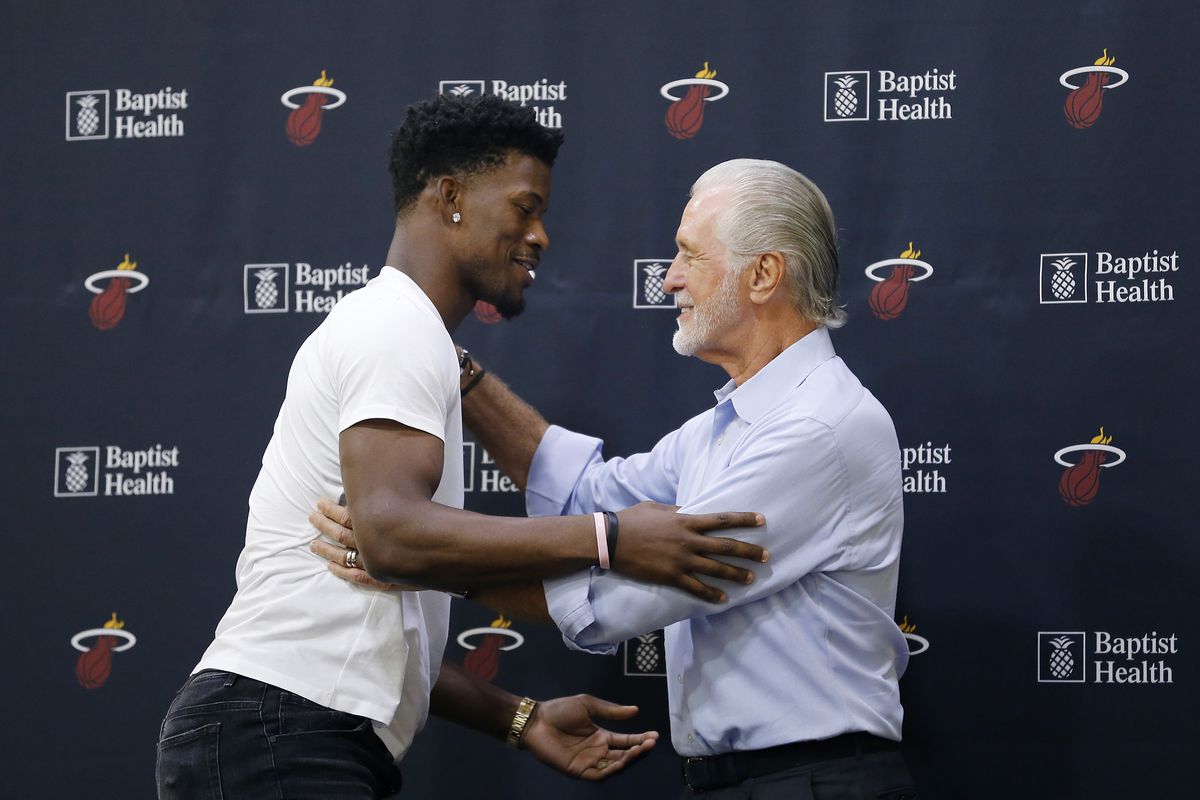 After being cast in the role of underdogs for much of the NBA season, the Miami Heat earned a surprising 115-104 win over the Milwaukee Bucks in Game 1 of their playoff series.

Jimmy Butler’s 40 points were a major reason why Miami emerged victorious. After the game, the All-Star pointed to the top level of the arena to team president Pat Riley, and Riley reciprocated.

Dating back to his years as head coach of the Los Angeles Lakers, Riley and his teams have always been known for their resiliency.

Monday night’s Game 1 was yet another example of that characteristic.

The Heat fell behind 40-29 at the end of the first quarter as the Bucks dictated the style of play.

But Miami controlled the pace from that point on, and with the game hanging in the balance in the fourth quarter, Butler continually got buckets to keep Milwaukee at bay.

15 of Butler’s 40 points came in the final period as he reminded fans why he’s one of the league’s deadliest clutch performers.

Whether the Heat win or lose this series, Riley deserves plenty of credit for putting together a squad that has greatly surpassed initial expectations.