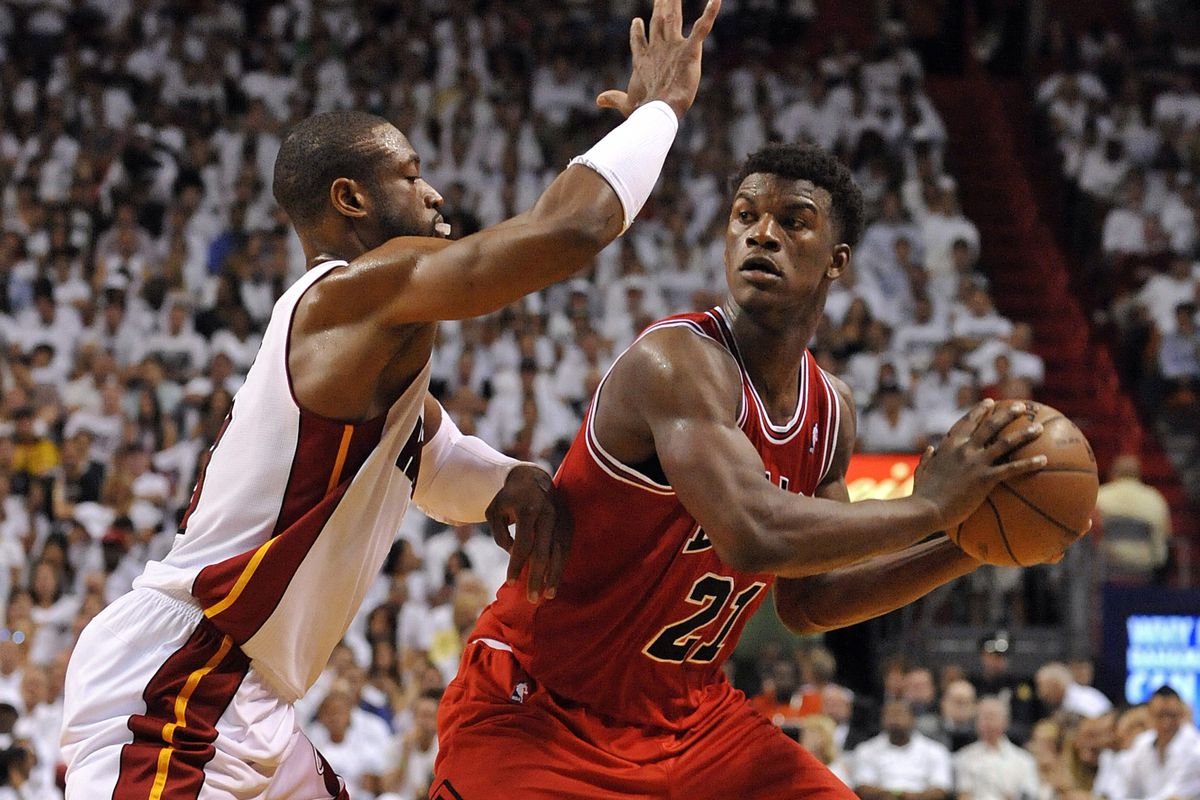 While Miami Heat newcomer Jimmy Butler has only been on the team for a few months, the forward has known about the franchise’s greatness for some time.

During a recent interview, Butler declared the Heat’s Big 3 as the most unstoppable team he’s ever played against.

“I played against the Heatles,” Butler said. “We talkin about D-Wade (Dwyane Wade), Chris Bosh, Bron (LeBron James), Ray Allen, Shane Battier. I’m going with them. Pick your year. They were the ones to beat.”

The Heat absolutely took over the league during the Big 3 years. Led by James, the Heat went to four straight NBA Finals, won two championships and acquired the second-longest winning streak in league history.

Butler, 30, was a member of the Chicago Bulls back when the Big 3 were dominating the league earlier this decade. Since then, the four-time All-Star has bounced around the association with playing stints with the Minnesota Timberwolves and Philadelphia 76ers.

The veteran signed a four-year, $142 million deal with the Heat this past summer. Butler is putting up 18.9 points, 6.7 assists, 5.4 rebounds and a career-high 2.6 steals per game this season.