Don't Miss
Home / Videos / Jimmy Butler: ‘You Have to Be a Special Talent and a Special Human Being’ to Play for Miami Heat

Jimmy Butler: ‘You Have to Be a Special Talent and a Special Human Being’ to Play for Miami Heat 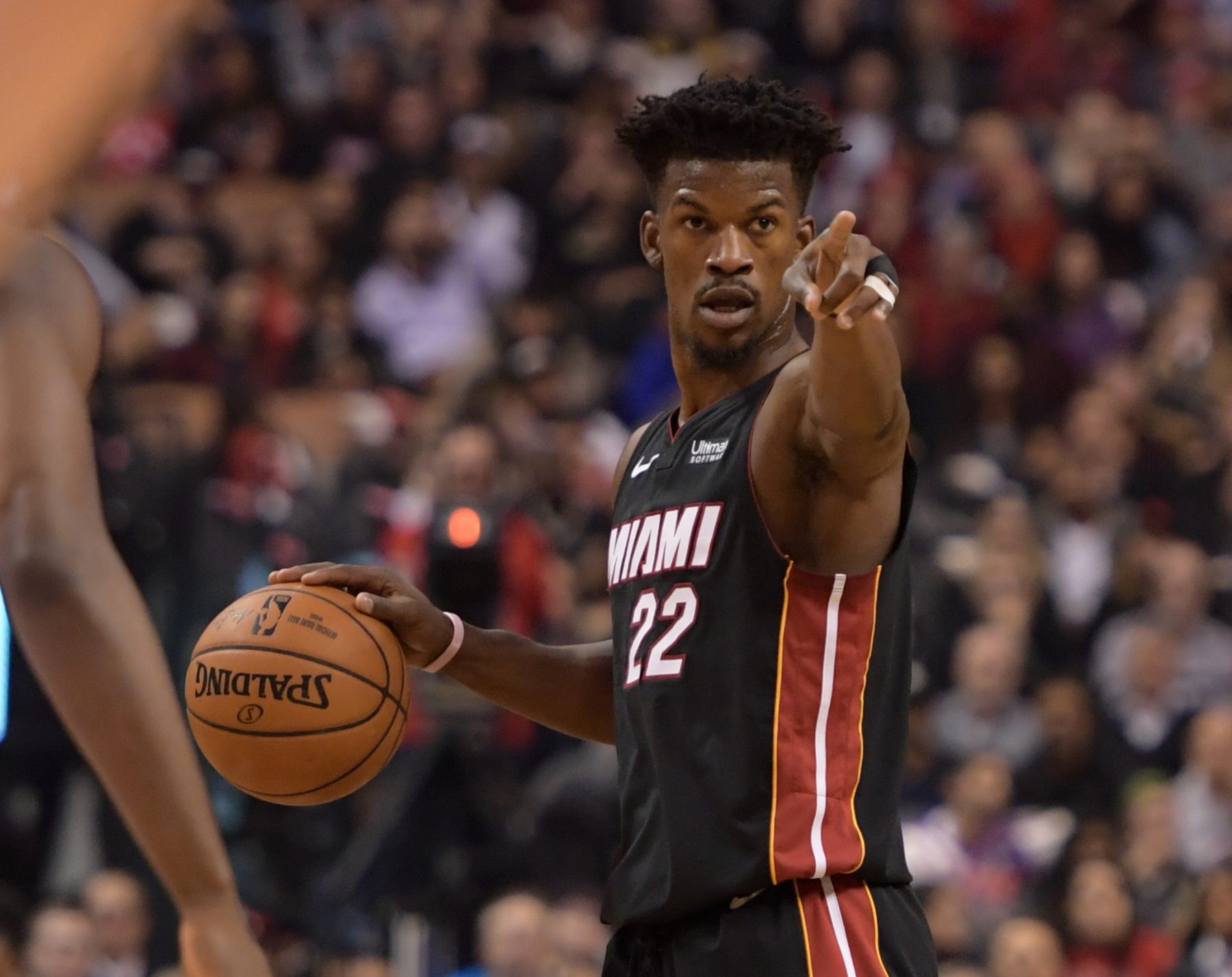 It is not a rarity in the NBA for a newly acquired star player to take time to acclimate to his new surroundings.

However, that has not been the case for Miami Heat star Jimmy Butler. With just one full month of play in the books for the 2019-20 season, Butler is already sounding a lot like a player who has spent all of his career in Miami.

In a recent interview, Butler spoke about team legend Dwyane Wade and expressed his belief that you have to be a special kind of player to succeed in Miami.

Jimmy Butler learned from Dwyane Wade how special it is to be a part of the Heat organization. There’s no culture like the Heat Culture. ? – – – -#miamiheat #heatnation #heatculture #heatlifer #nba #basketball #sports #miami #jimmybutler #butler #wade #dwyanewade

“Now that I’m here,” Butler began. “[Wade] wore this jersey. I get an opportunity to rep this city as well. Like Dwyane Wade, just the hard work and dedication that goes into it. You have to be a special talent and a special human being to wear Miami across your chest. Just goes to show how special it really is.”

Special is the perfect word to describe the impact that Butler has had on the Heat this season. He joined a team that was bursting with young talent, but failing to live up to expectations, and has helped turn it into a serious contender to represent the Eastern Conference in the 2020 NBA Finals.

While so much of his impact has had to do with things off the court, his impact on the court has been undeniable.

On Tuesday night, Butler led the Heat past the defending champion Toronto Raptors with a triple-double outing of 22 points, 13 rebounds and 12 assists. He also served as the team’s primary shot-maker in the overtime period, scoring the first eight points of the period and effectively icing the game.

All that would make Wade incredibly proud. While Butler surely had a lot to live up to when he joined the Heat this past offseason, he has since not only lived up to expectations, but also exceeded them.