Don't Miss
Home / Videos / Jimmy Butler Fires Back at Heckling Fan: ‘I Can’t Wash My A–?’

Jimmy Butler Fires Back at Heckling Fan: ‘I Can’t Wash My A–?’ 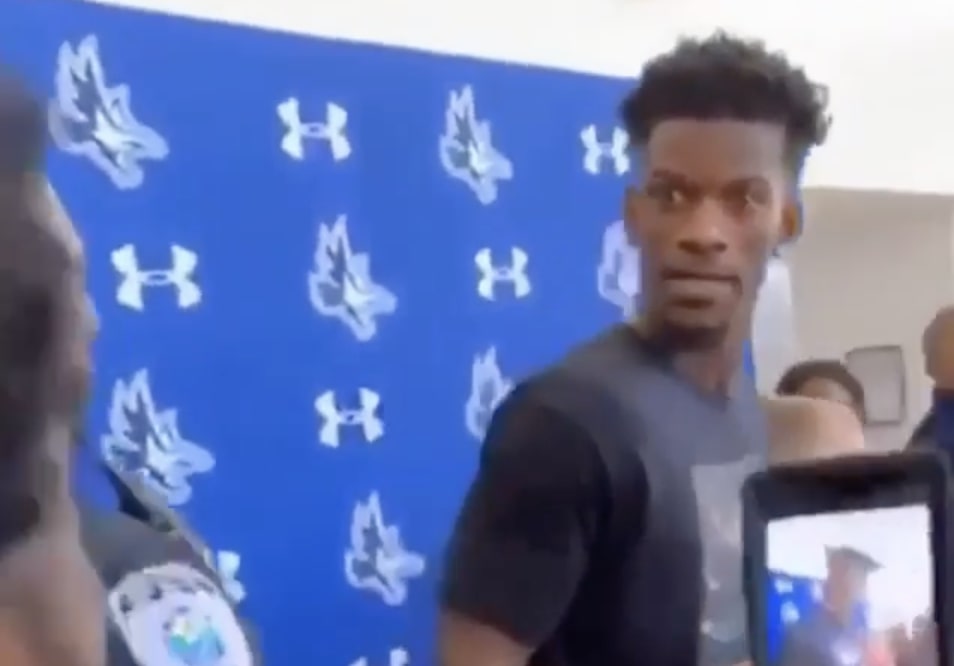 Recently, Jimmy Butler made news for reporting to the Miami Heat’s practice facility before dawn. More recently, however, there was an instance in which he ran late.

Butler apparently made some fans wait longer than expected to meet him. When he was asked about it, he offered a hilarious, but valid reason.

"I was taking a shower … I can't wash my ass?" @JimmyButler had a valid reason for being late to meet fans ? (via @pg.shifty)

Plenty people can be heard laughing in the video, and it seems like Butler was able to endear himself to Heat fans even more.

The Miami faithful is known for being one of the best fan bases in the NBA. In a study published by WalletHub, it was determined that the Heat are tied for first in the ranking of the most engaged fans in the NBA.

Furthermore, the NBA Attendance Report shows that the Heat had an average of 19,640 attendees per home game in the 2018-19 season, good for fifth in the league.

The Heat have ranked in the top ten of home attendance every year since the 2010-11 season, a trend that is not likely to change because of the arrival of an All-Star player in Butler.

With the Heat’s high playoff aspirations, it would bode well for both Butler and the fans to establish a great relationship with one another.