Jimmy Butler Explains What He Loves About Facing LeBron James 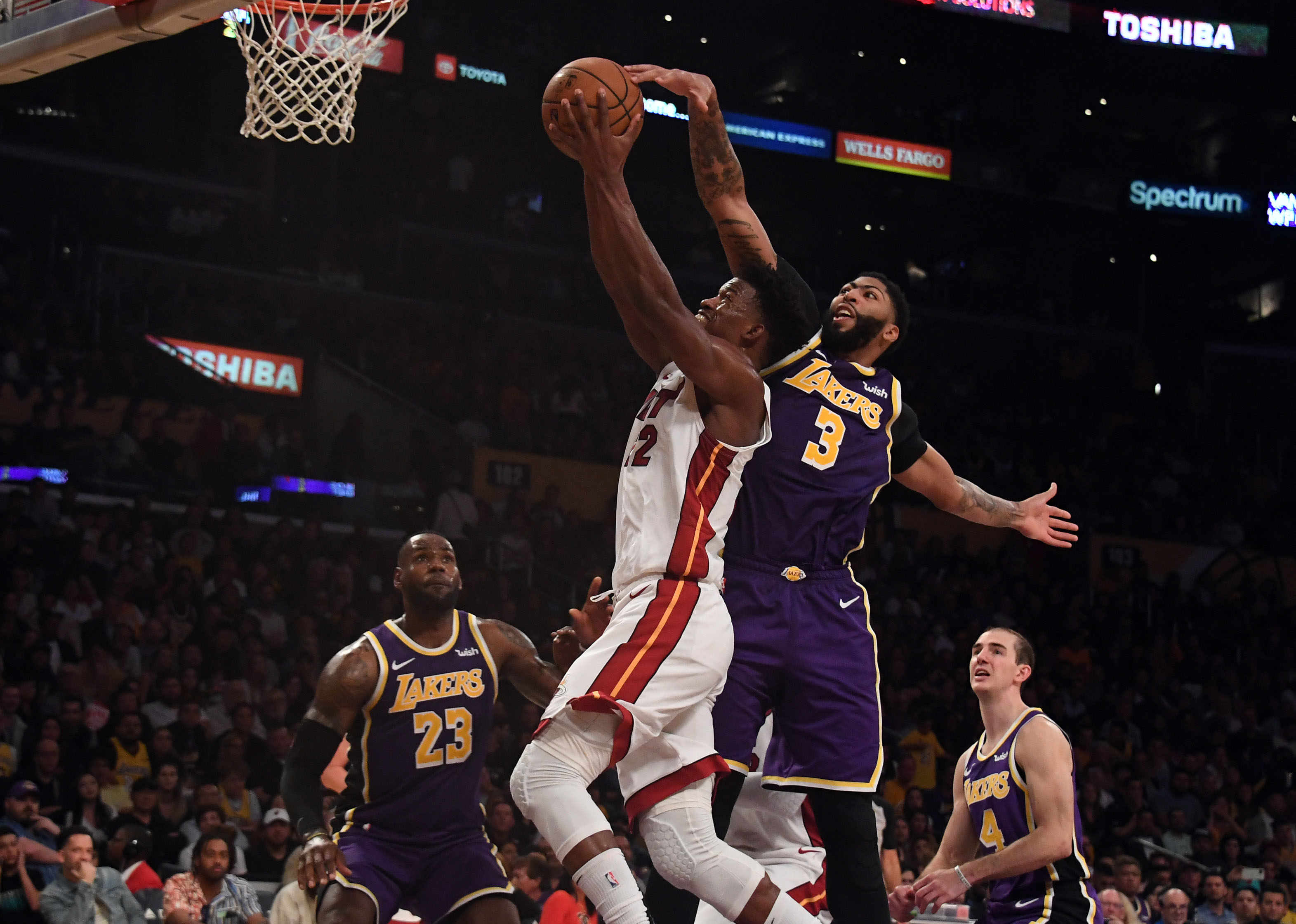 Jimmy Butler and the Miami Heat will face off against LeBron James and the Los Angeles Lakers on Friday night.

It will be a clash between two of the hottest teams in the NBA right now and two of the most competitive stars in the league.

While talking to ESPN’s Rachel Nichols, Butler admitted that he loves facing off against the four-time MVP.

“When you’re talking about greatness, and a guy that just does everything so well and that has won on every level,” Butler said. “I just like the competition. I think there’s a mutual respect between us.”

Nichols told Butler that he has the edge in head-to-head matchups versus James, with a record of 18-17. Butler did admit, however, that he thinks James was won the games that have mattered most.

Nichols then harkened to the past, mentioning that there have been heated moments between James and Butler in previous games.

“That’s what happens when you have two fierce competitors out there that love the game, that have fun and that don’t like to lose,” he said. “I look forward to it. I’m excited. Can’t wait. Can’t get here soon enough.”

So far this season, James and Butler have both been monsters for their respective teams.

Interestingly, both players’ current assist averages mark the highest of their respective careers. It’s an indication of how both competitors have continued to grow and improve throughout their time in the NBA.

With tonight’s tipoff mere hours away, fans at AmericanAirlines Arena and watching at home are surely in for a fun night.