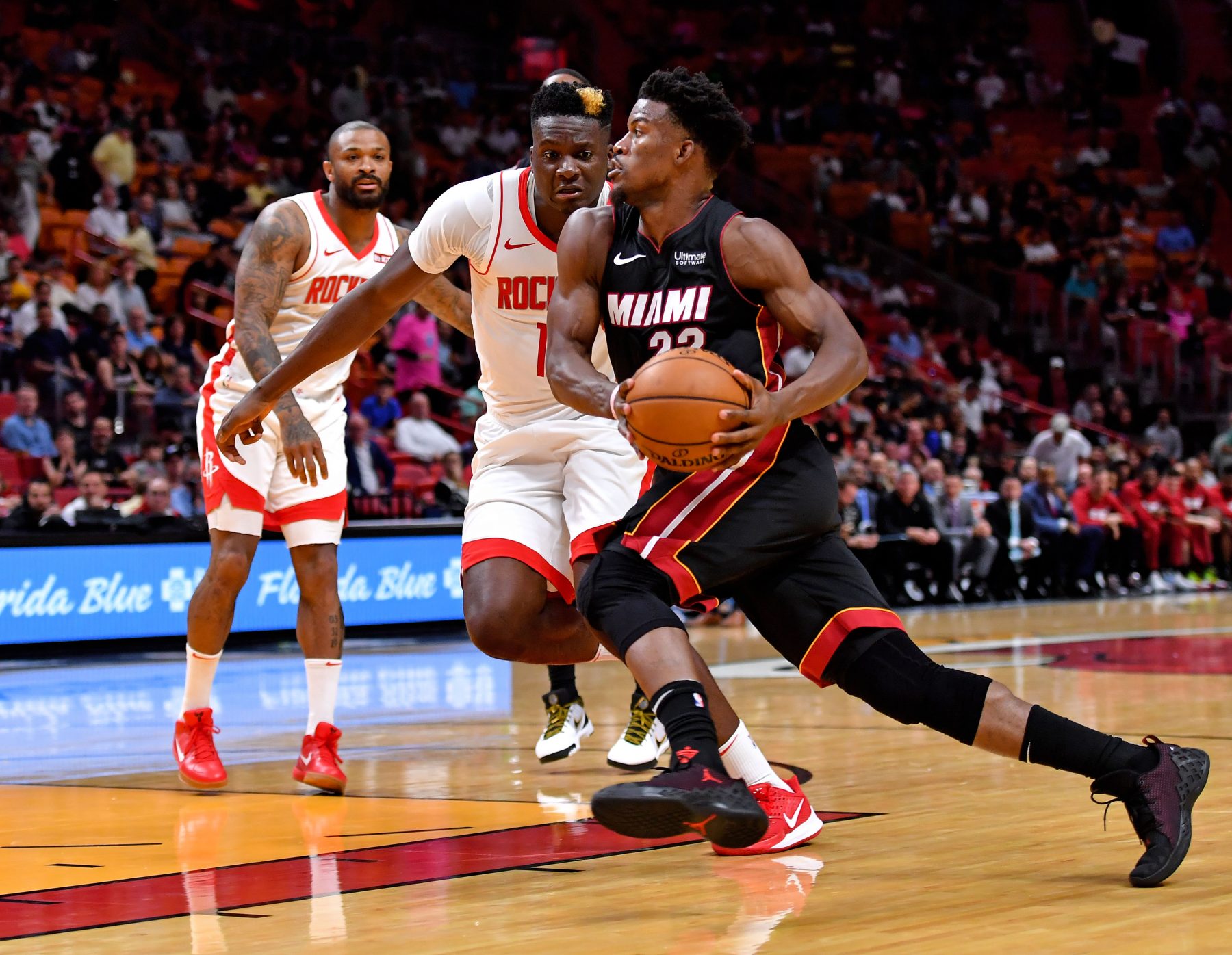 Jimmy Butler was traded to the Miami Heat over the summer, but he could have just as easily ended up on the Houston Rockets.

As it turns out, his early years as a relative unknown in the NBA helped him make his decision to orchestrate a sign-and-trade to end up in Miami.

Butler was interviewed by ESPN’s Rachel Nichols, who asked Butler why he saw the Heat as the more attractive team to join.

“The players were more decorated like me,” Butler said. “Don’t really got much going on. I don’t think nobody knew who my name, they didn’t know my name early on in my career. But then I’m looking and watching how they go about getting better. How they wanna be coached, how they listen, and I was like, ‘You know what? That’s me whenever I was 2011, 2012, 2013.’ I know how bad I wanted to win. I know how I wanted to help, so I saw a lot of myself in these guys and it was easy for me to come down here.”

At the time of Butler’s decision, the Rockets were still considered strong contenders for an NBA title. In contrast, the Heat had largely been an inconsistent team over the previous five seasons, missing the postseason in three of the those campaigns.

Thus far, Butler’s decision has paid off. So far this season, he’s averaged 20.7 points, 6.8 assists and 6.7 rebounds per game. In addition, he’s thriving on defense with 2.2 steals per game.

More importantly for Butler, the Heat currently hold a record of 18-7 on the year. That’s good for the third-best record in the Eastern Conference behind the Milwaukee Bucks and Philadelphia 76ers.

Butler has yet to be part of an NBA title team during his career. The veteran is hoping that the Heat’s success continues and leads to a long postseason run.

Bam Adebayo on Heat’s Embarrassing Loss to Cavs: ‘It Can’t Get Worse Than This’

The Miami Heat have been arguably the NBA’s most pleasant surprise this season, but their quest for their fourth...