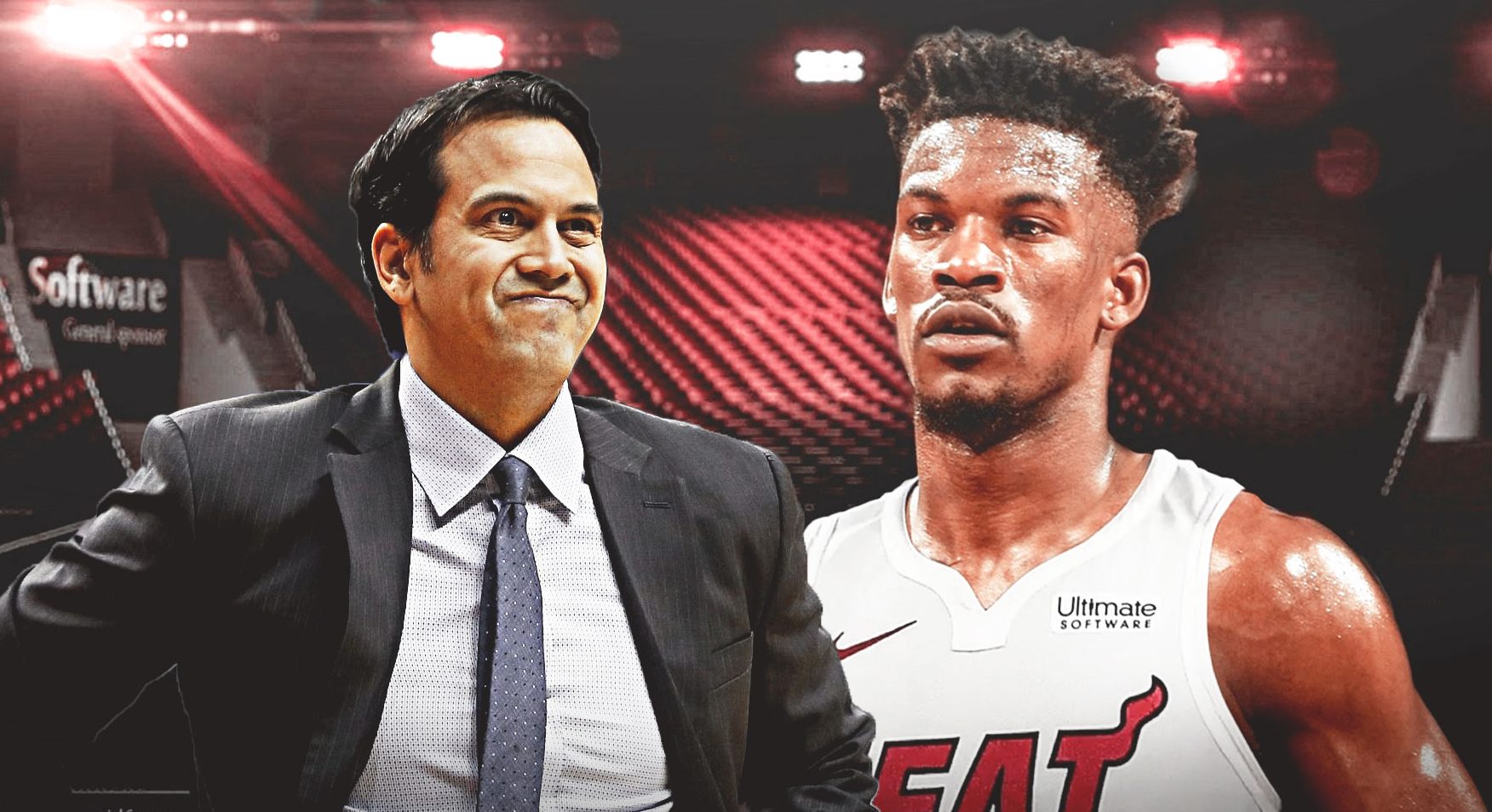 Miami Heat star Jimmy Butler is known for his propensity to display different forms of tough love, and it looks like that’s something he has in common with Heat head coach Erik Spoelstra.

On Thursday, Butler spoke with members of the media and touched briefly on Spoelstra’s coaching style.

More from Butler. What's different about Erik Spoelstra compared to other coaches he's had? "Looks like a really nice guy…but he'll cuss your *** out so quick." ? pic.twitter.com/qWBMp67UB3

So far, Spoelstra’s coaching style seems to be working very well with Butler and the rest of his Heat teammates this season.

Butler is averaging 20.6 points, 7.0 assists and 6.9 rebounds per game this season, all better than his career averages.

The Heat as a whole currently sit at the No. 2 seed in the Eastern Conference with an impressive record of 18-6.

With former Heat star LeBron James coming to town, and the Heat having a lot to prove against one of the NBA’s best teams, Spoelstra’s coaching ability will certainly be put to the test.