Jimmy Butler Compares Himself to Luka Doncic After Big Performance vs. 76ers 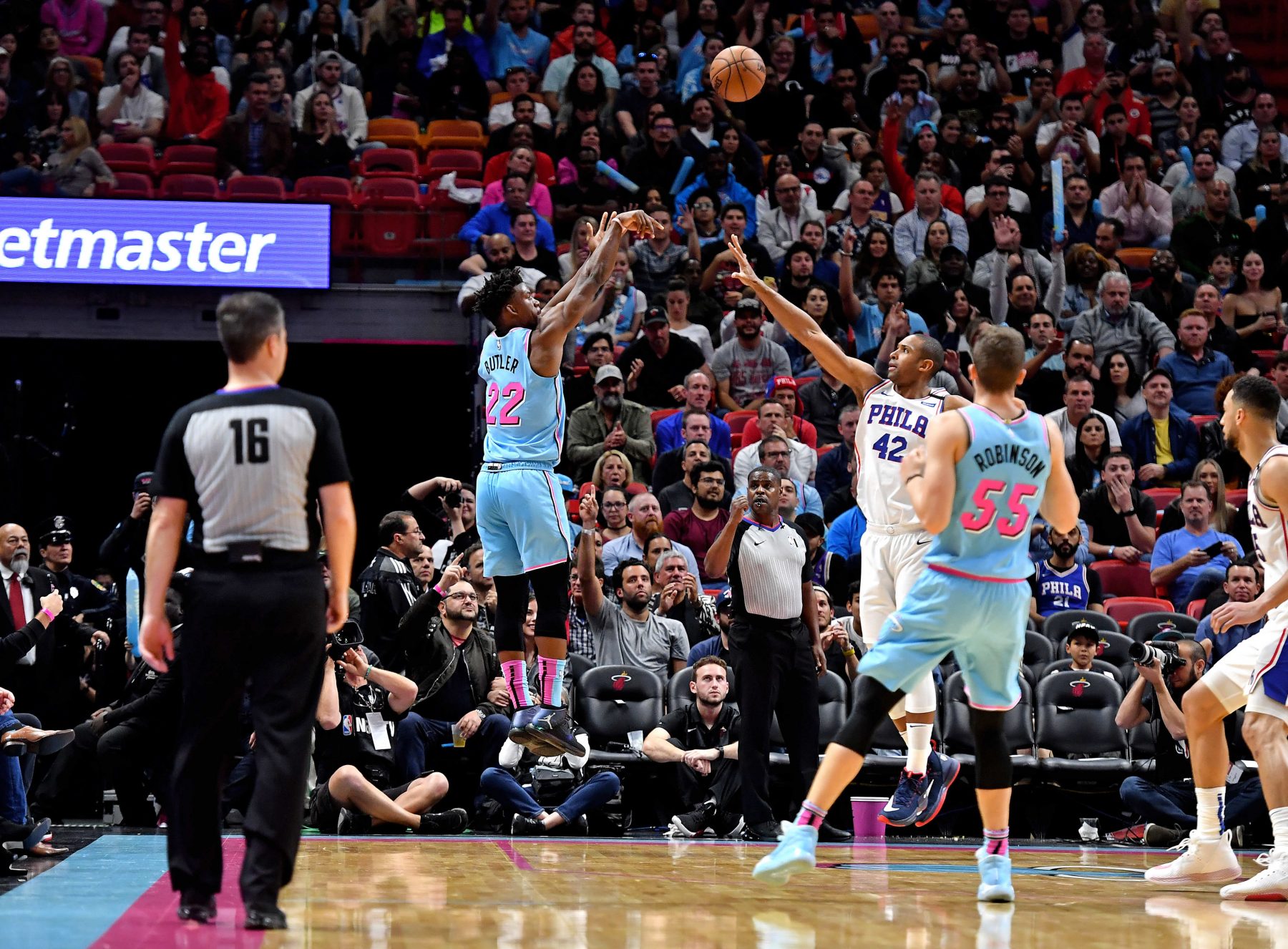 On Monday, the Miami Heat scored another statement win with a 137-106 rout of the Philadelphia 76ers.

Jimmy Butler led the way with 38 points on 14-of-20 shooting, and afterward, he seemed to compare himself to one of the youngest and most unique superstars in the NBA.

“I felt like Luka out there. That’s what he be doing.” ?@3DTV catches up with Jimmy Butler after his impressive performance on #CenterCourt pic.twitter.com/ZufDsvA6tr

“I felt great,” said Butler on his performance against the 76ers. “I felt like Luka [Doncic] out there. That’s what he be doing.”

Doncic is one of the biggest phenomena to hit the league in a long time. He’s averaging 28.8 points, 9.5 rebounds and 8.8 assists a game and has attracted comparisons to LeBron James and Larry Bird.

Butler had seven rebounds but only two assists on Monday, so maybe Doncic was the wrong superstar for him to mention.

The Sixers were expected to be frontrunners this season, and some were even picking them to reach the NBA Finals. But with the loss to Miami, Philly dropped to sixth place in the East.

The Heat, on the other hand, have now won three of their four games against the Sixers this season. Miami is tied with the Boston Celtics with a 34-15 record but sits in fourth place as Boston holds the tiebreaker.

The Heat are 1.5 games behind the Toronto Raptors for the second spot in the East. Miami will face a stiff test on Wednesday when it faces the Los Angeles Clippers in Southern California.