Jayson Tatum Says He Would Beat Justise Winslow 1-on-1 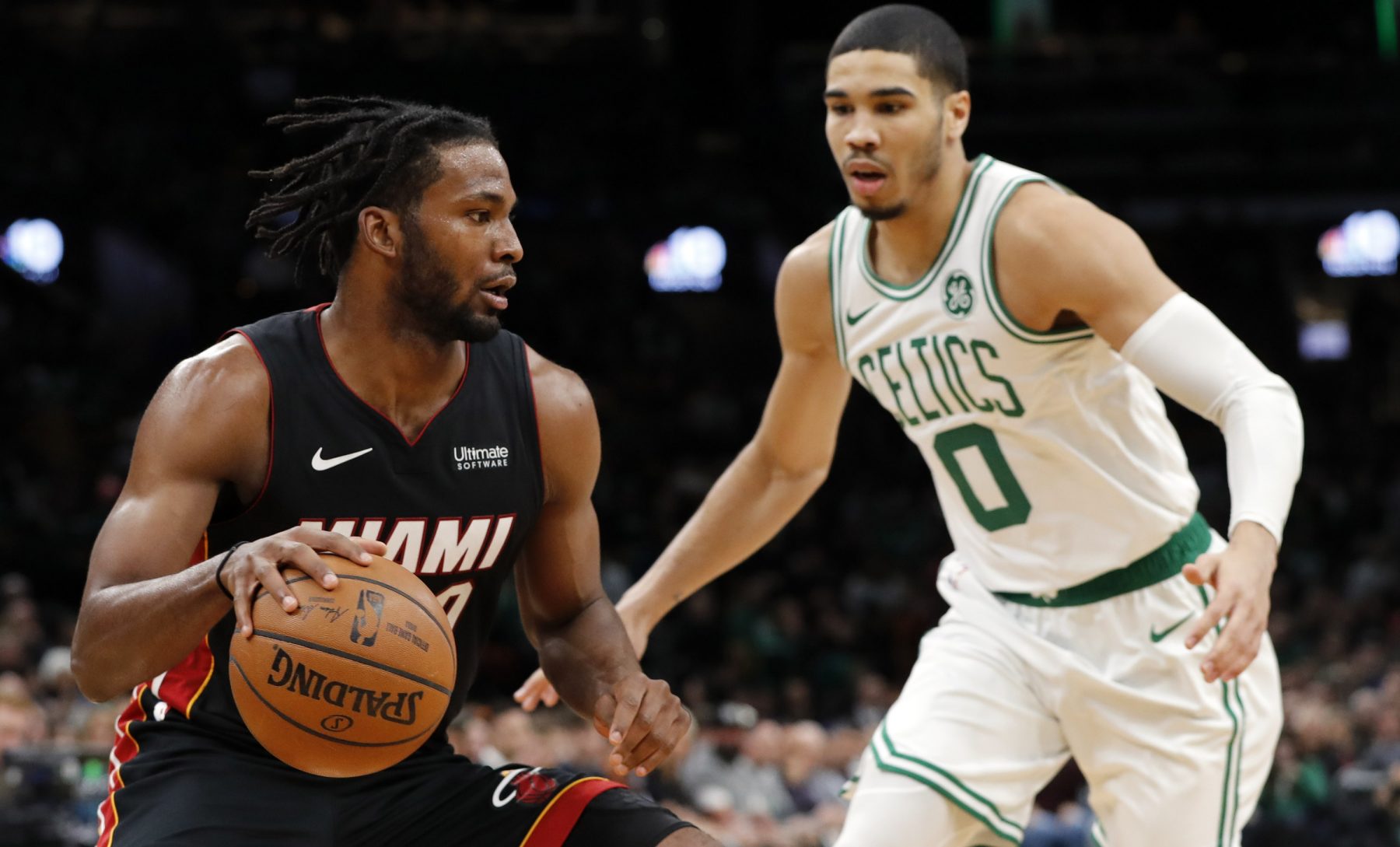 Boston Celtics small forward Jayson Tatum is one of the NBA’s rising stars, and on Saturday, he expressed his confidence in his ability to defeat Miami Heat star Justise Winslow in a game of one-on-one.

Tatum spoke about Winslow and how he’s truly started to come into his own as a player this season.

“Justise has been playing really well this year,” Tatum began. “Especially when playing at the point guard position. To see how he’s gotten better and better each and every year. That’s what you want from everybody, especially my guys from Duke.”

He was then asked who would win in a one-on-one matchup between the two players.

Most fans around the league would probably come to the same conclusion, but a look at the numbers indicates a potentially different outcome.

First off, while Tatum is 6-foot-8, an inch taller than Winslow, the Heat star outweighs him 255 pounds to 208. That would give Winslow a huge upper hand in terms of backing Tatum into the post.

The only way to settle this is on the court. Hopefully Winslow gets wind of Tatums confident statement and the two players set something up really soon.
[xyz-ihs snippet=”HN-300×250-TextnImage”]