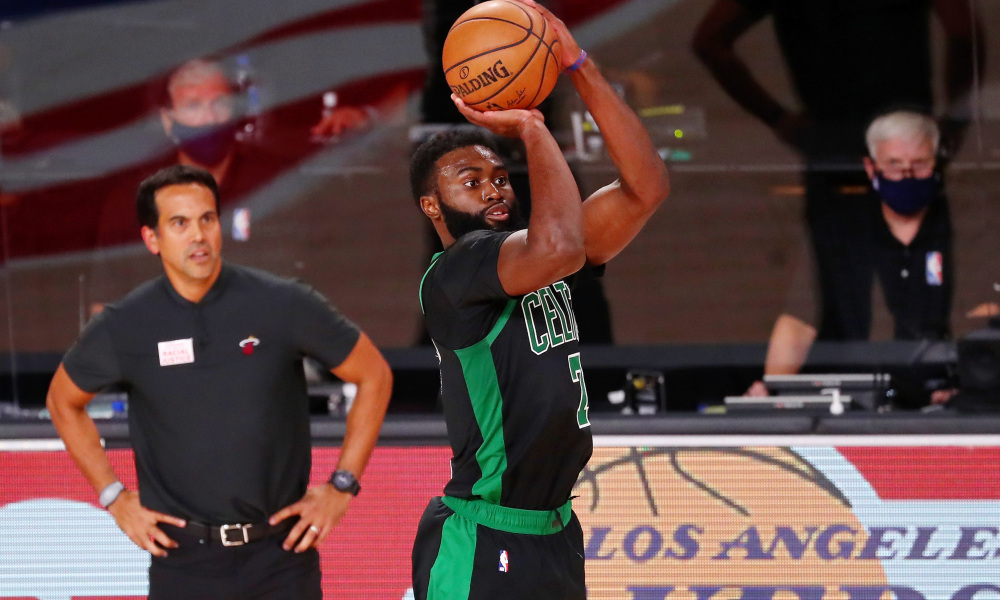 The Boston Celtics put a little bit of doubt in the Miami Heat’s bid for a spot in the NBA Finals by winning Game 5 of the Eastern Conference Finals 121-108.

In the fourth quarter, the Heat attempted to cut into Boston’s lead, but Jaylen Brown hit back-to-back 3-pointers to keep them at bay. He then blew a kiss to the Heat bench.

Brown, in his fourth season from the University of California, Berkeley, has had a breakout season this year.

He averaged 20.3 points a game in the regular season and had 28 points in Friday’s contest.

The Heat led 26-18 at the end of the first quarter and looked ready to punch their ticket to the championship series.

But the Celtics dominated the third quarter and Miami never recovered.

The Heat will get another chance to send the Celtics home when the series resumes on Sunday.