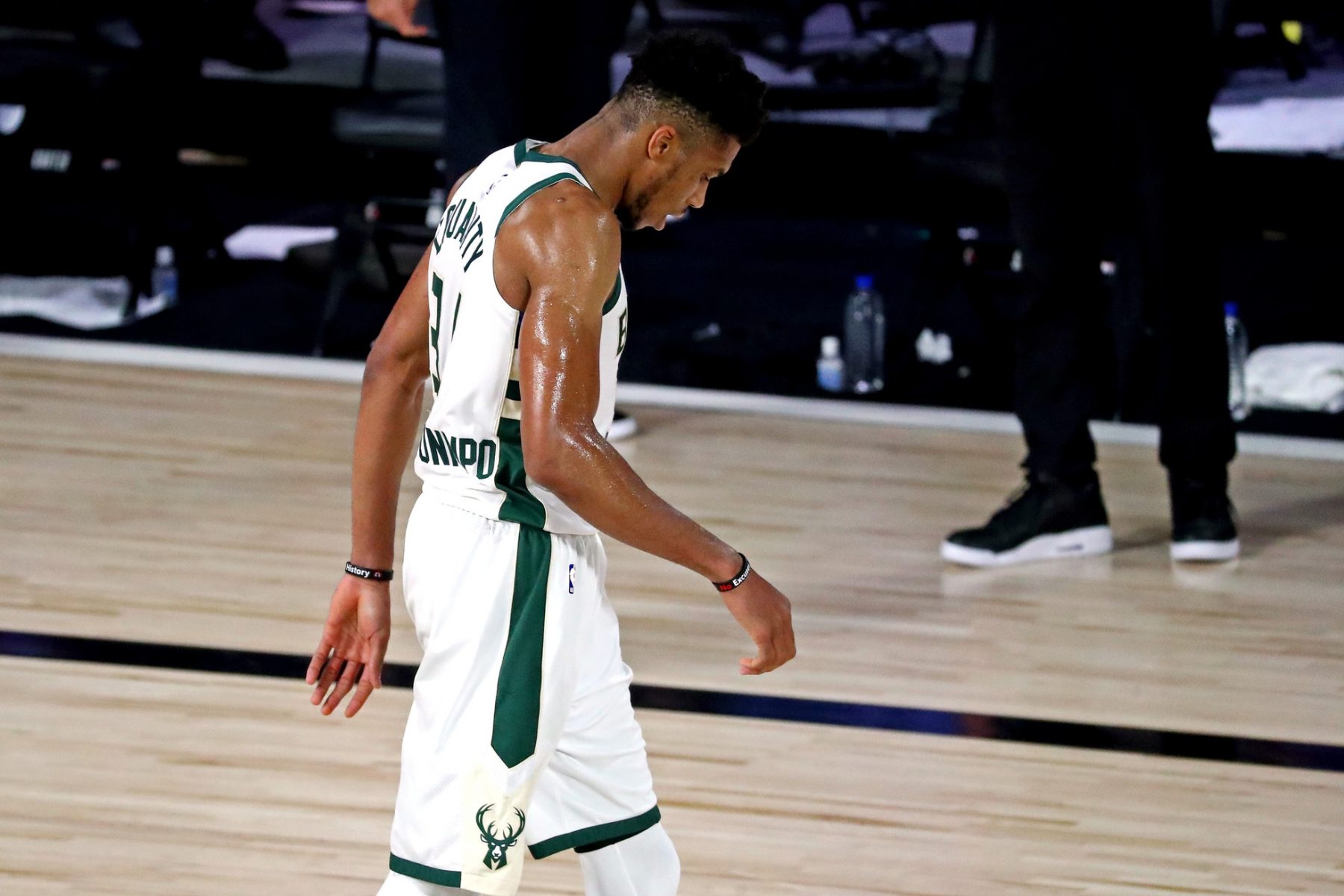 With the Milwaukee Bucks on the verge of being eliminated by the Miami Heat, ESPN’s Jay Williams believes that Bucks superstar Giannis Antetokounmpo will be in a Heat jersey when next season starts.

The basis of Williams’ thesis is based on the perceived frustration of Antetokounmpo, who has gotten little support from teammates during the three losses to the Heat to open their series.

"We’re about to see Giannis play with a Miami Heat uniform on next year."

“We’re about to see Giannis play with a Miami Heat uniform on next year,” Williams said. “I mean when you watch him play, it’s almost like, Jimmy Butler is the soul of the Miami Heat, and you wonder where the soul of the Milwaukee Bucks are, that’s with Giannis to a degree, but they’re not playing with that same sense of urgency.

“Just watching the way Miami closes out, watching the way they sky, the sense of urgency with which they play. Now, granted, last game was all over the place even though Miami, you definitely felt you were going to be up 3-0 anyway. It just doesn’t seem like Milwaukee, No. 1 seed, has that soul that they’re pouring out, leaving on the floor. It just feels like it’s Giannis, it’s not really coming from anyone else.”

Antetokounmpo could become an unrestricted free agent after next year anyway, but if he ends up expressing the frustration that Williams is hinting at, he could force a trade after the season.

The Heat would be one of countless teams seeking the services of Antetokounmpo, who won the NBA Most Valuable Player award last year and is a finalist to win the award again.

Trading for Antetokounmpo would require the Heat to give up quite a bit of talent to fit the superstar’s contract within the Heat salary cap.

Adding a player of Antetokounmpo’s caliber would make the Heat strong favorites to win next season’s NBA championship, but for now, they’re focused on trying to capture the 2019-20 crown.