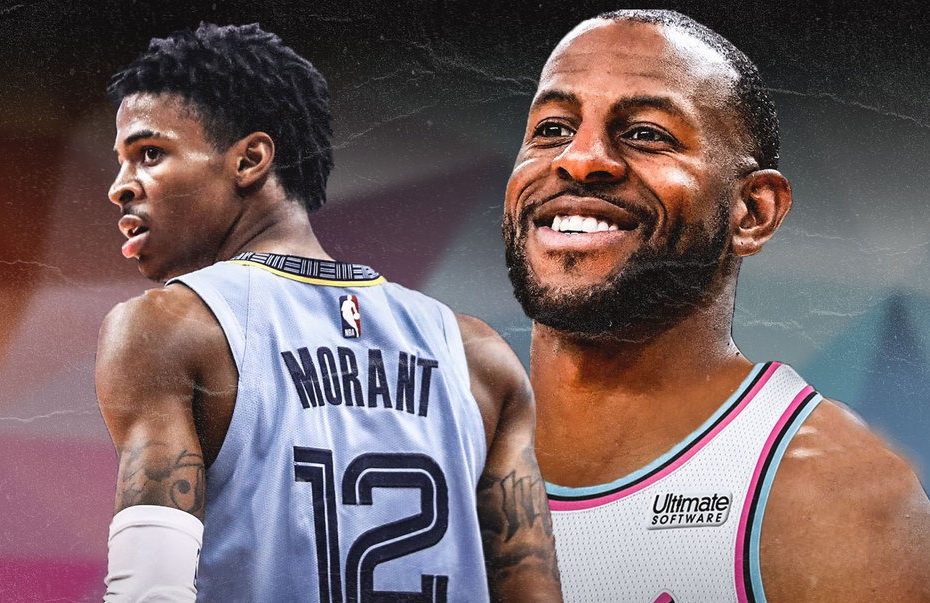 While three-time champion Andre Iguodala was on the Memphis Grizzlies before he got shipped to the Miami Heat this season, he never reported to the Grizzlies.

On an episode of “All the Smoke” with former NBA players Stephen Jackson and Matt Barnes, the point guard opened up about his disappointment with Iguodala not showing up to Memphis.

“Coming in, when they said he was going to be on our roster, I was very excited having a vet like that in the locker room with us,” Morant said. “Me coming in that first year, I was looking forward to learning some stuff from him, and he was saying he wasn’t going to play with us or whatever happened. Like you said it’s a business, all different type of stuff going around. Somebody said he said we wasn’t good enough, so in my head I was like at that moment it is what it is.”

Morant, 20, is one of the best rookies in the association.

As a matter of fact, his stellar play is a big reason why the Grizzlies are surprisingly in the playoff race. The youngster is averaging 17.6 points, 6.9 assists and 3.5 boards per game this season.

While it’s understandable Morant was looking forward to playing with the 2015 NBA Finals MVP, the Grizzlies were looking like a lottery team before the season started. The organization hasn’t gone to the playoffs since the 2016-17 season when former stars Mike Conley and Marc Gasol were running the show.

Iguodala, on the other hand, has been to the NBA Finals with the Golden State Warriors for the last five seasons. With the 36-year-old in the twilight of his career, he had no interest in playing for a team undergoing a rebuild.

Although the Grizzlies are making some playoff noise this season, it’s highly unlikely they advance past the first round.

The Heat, though, have a strong chance to make the NBA Finals as they are in the Eastern Conference.

However, Miami would probably have to go through the league-best Milwaukee Bucks in the postseason. The Heat are the only team in the association to defeat the Bucks twice this year.