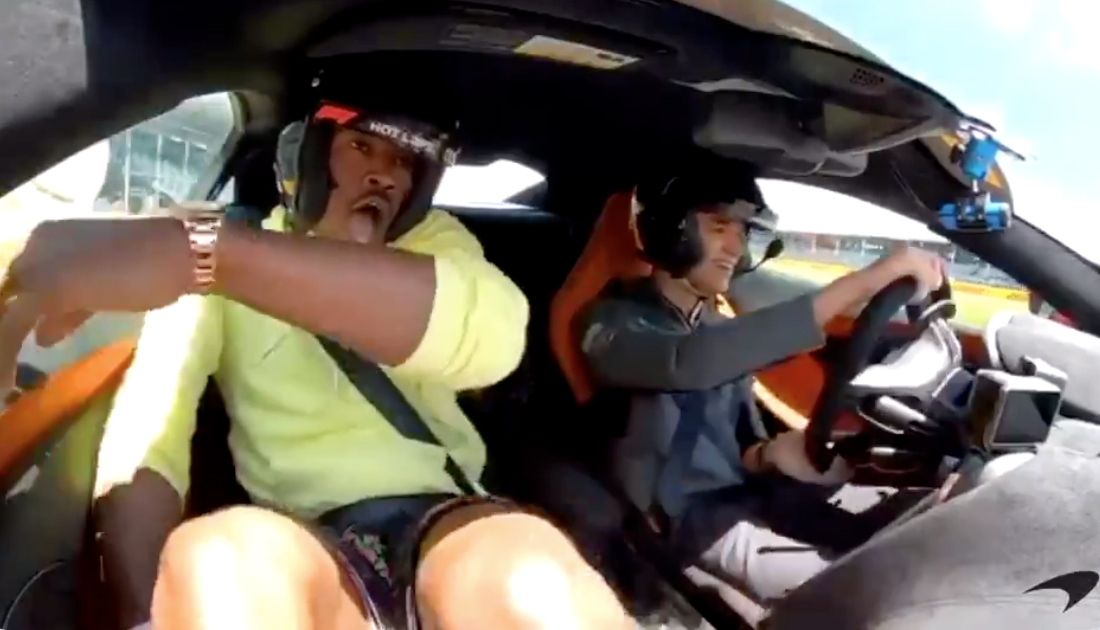 Miami Heat guard Jimmy Butler was recently seen freaking out while riding in a McLaren F1.

"My stomach finna fall out my ass."

Jimmy Butler rode around with @McLarenF1 and could barely handle it ? pic.twitter.com/zhoAB5VHBO

Butler, joined Formula One driver Lando Norris over the summer for a ride in a McLaren F1. Norris showed Butler his driving skills, and Butler almost lost his lunch.

“I’m gonna pass out,” Butler said, during the fast driving and quick turns by Norris. “Oh, my stomach gonna fall out my a–! Oh!”

In the video Norris asked Butler what kind of car he drove.

“A minivan,” Butler quipped. “A Toyota Sienna, because I don’t need to go fast.”

While Butler doesn’t like to go fast on the roads, his speed on the court, and leaderships could make him a dark horse for MVP candidate this season.

Featuedjimmy butlermiami heatNews Ticker
← Previous Story Jimmy Butler Can’t Stop Smiling While Talking About Tyler Herro: Miami’s Going to Fall in Love With Him
Next Story → Erik Spoelstra Calls Duncan Robinson ‘One of the Best Shooters on This Planet’