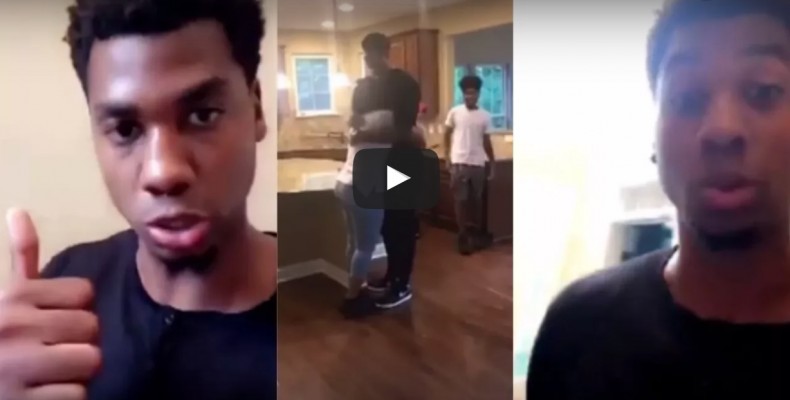 The up-and-down professional basketball career of Miami Heat center Hassan Whiteside has risen considerably since he first joined the team back in 2014, helping him garner a four-year deal last year that was worth $98 million. With one year of that contract completed, Whiteside decided to spend a portion of the money he earned on his mother Debbie, presenting her with a new six-bedroom home on Wednesday, an event that was captured on video.

In the video, Whiteside’s mother is under the impression that they’re merely looking at the home as a possibility, but she offers an emotional reaction upon being given the keys to the home by Whiteside.

While the location of the home wasn’t noted, the belief is that it’s in North Carolina, where the soon-to-be 28-year-old Whiteside grew up with his six siblings. That large group includes his brother, Nassan, who’s autistic, with Whiteside’s mother raising them all as a single mother who toiled at as many as four jobs.

“All your dreams are fulfilled as a parent when your child gives you something that you know you’ll probably never be able to get in your lifetime on your own,” Debbie says. “He told me he was going to get me a house one day and nobody can take it. I guess he did that. I love you. Thank you son. You made me very happy today. I don’t think you can make my day no better.”

Having bounced around both the NBA and D-League since he was drafted in the second round of the 2010 draft by the Sacramento Kings, Whiteside has found a home with the Heat, capturing the league rebounding title this past season. With this gift, his mother now joins him in the homeowner category.
[xyz-ihs snippet=”Responsive-ImagenText”]