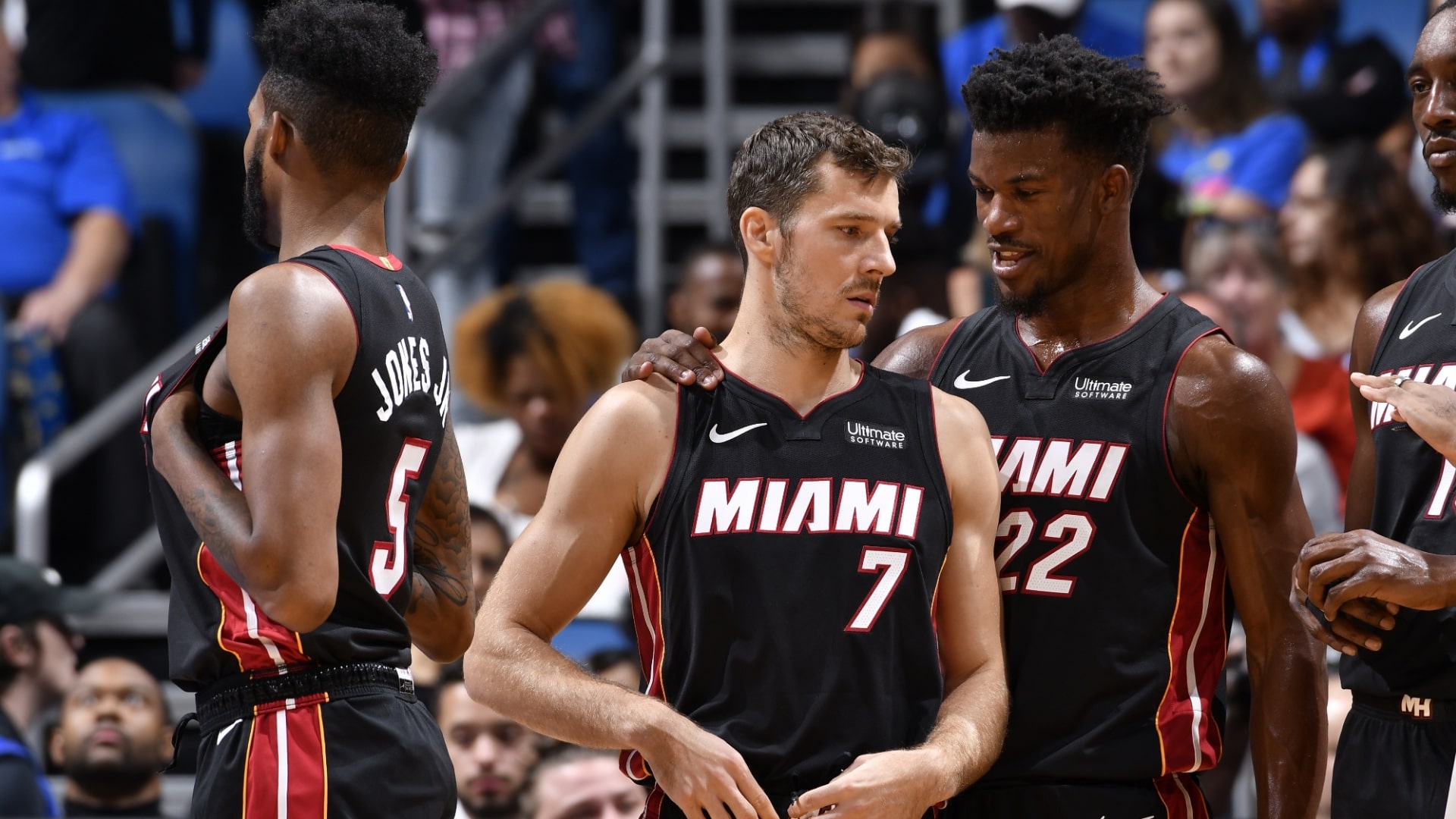 The Miami Heat formed an incredible team room for their players in the NBA’s bubble in Orlando, Fla.

The guys had quite the family surprise when they walked into our NBA Bubble team room for the first time ❤️ #HEATCulture pic.twitter.com/RCMtccPjzK

As a matter of fact, point guard Goran Dragic said players on other teams have marveled at the Heat’s special team room.

Goran Dragić says other teams have admired the Miami Heat’s player room walking by in the bubble pic.twitter.com/LNZWTCDdNs

“Other teams, when they are walking past our room, they always look into our room and say, ‘Whoa, look what they have,'” he said.

The team displayed photos of the families of Heat players and coaches in the unique space. In addition, the room serves as a hub for the players to hold meetings, relax and eat.

The Heat arrived the NBA bubble in Orlando, Fla. in early July.

If the team advances to the NBA Finals, it could be in the bubble up until October. As a result, it is extremely important for players to feel at home while they’re away from their families.

The Heat hold the No. 4 seed in the Eastern Conference. They are focused on winning a championship this season.