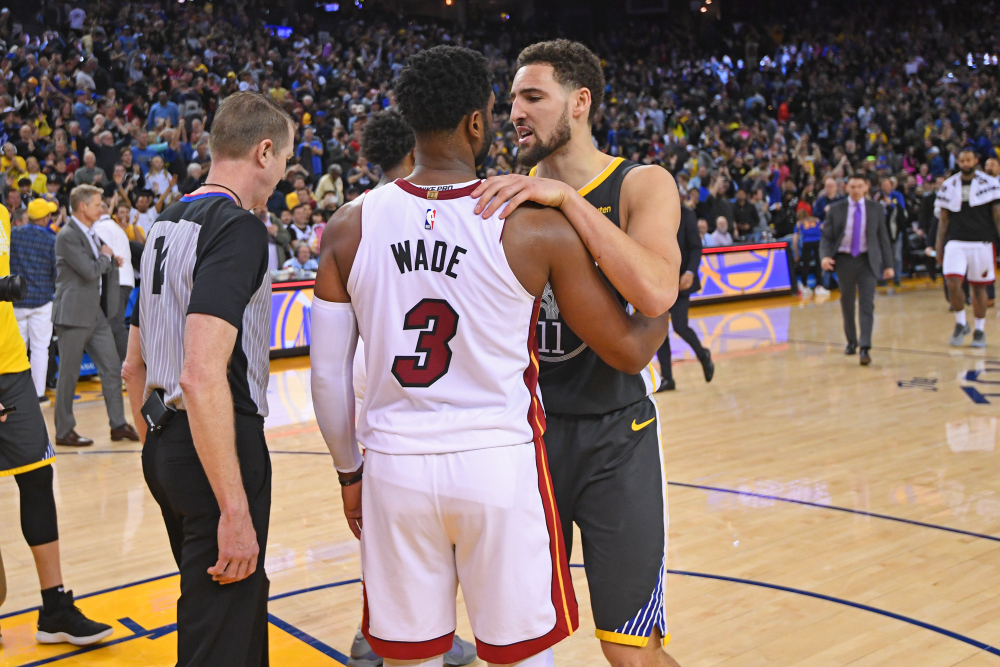 Miami Heat legend Dwyane Wade got a surprise All-NBA vote earlier this week, but it didn’t come from his wife Gabrielle Union.

In a hilarious video, Wade asks Union if she was the one who voted for the three-time NBA champion, and she unapologetically replied by saying that Golden State Warriors star Klay Thompson, who was an All-NBA snub, got her vote.

This is why we stan @itsgabrielleu pic.twitter.com/3Dl6JCoN1q

“So, I got news that I got a vote to be on the All-NBA team,” Wade said before asking his wife if the vote had come from her. “Baby, did you vote for me?”

She then offered which player she was rooting for to be named to the squad.

“I voted for Klay Thompson,” she said.

Thompson’s surprising snub not only impacts his pride, but his bank account as well. As a result of missing the squad, he missed out on a potential extra $30 million in contract money.

Later in the video, Wade thanked whoever voted for him, but assured his fans that he did not need it.

“You know who needed it? Klay Thompson,” said Union.