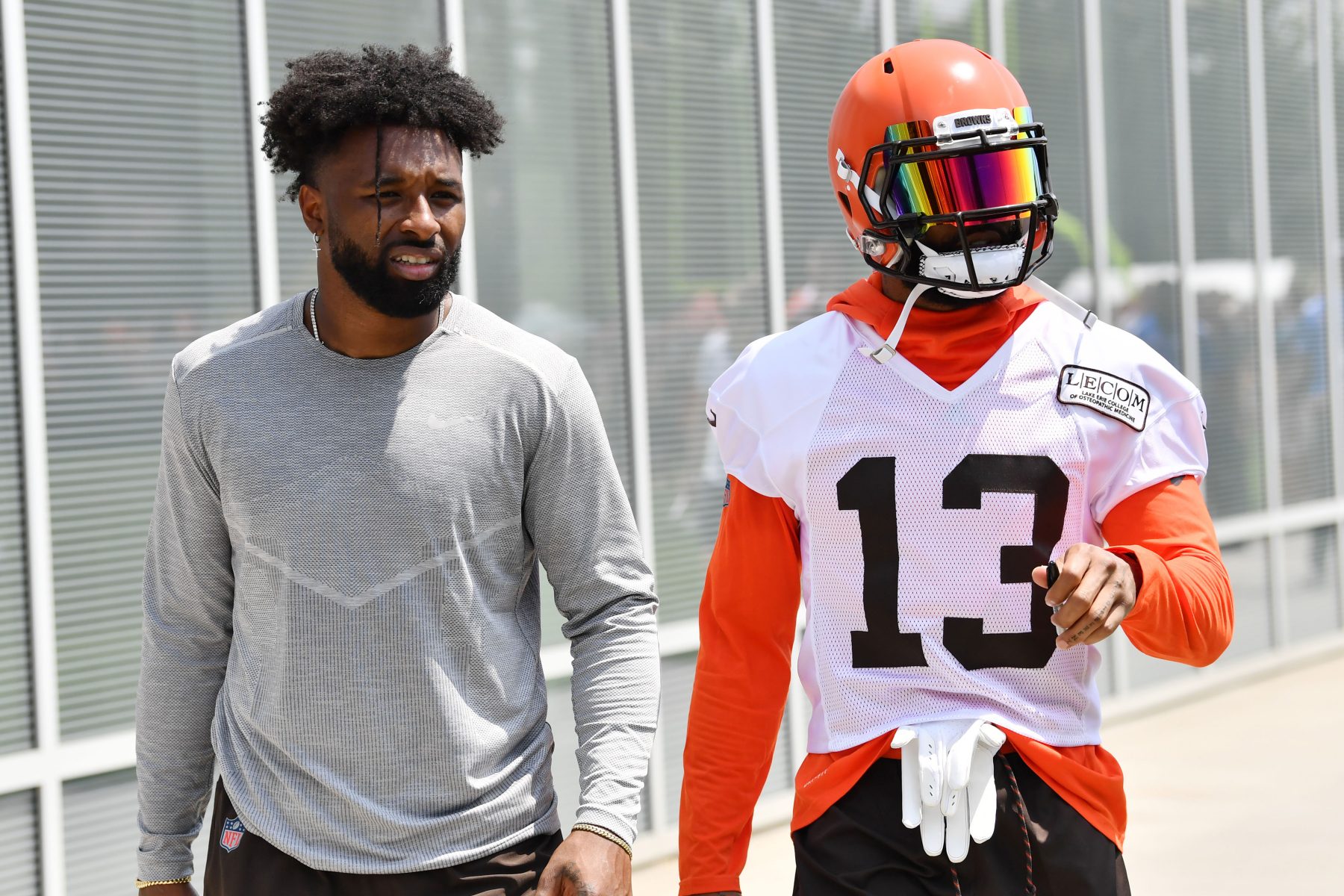 Former NFL player Michael Irvin made headlines yesterday when he made an appearance on ESPN’s “First Take” to claim that the Cleveland Browns’ new superstar duo of Odell Beckham Jr. and Jarvis Landry can bring a championship to Cleveland.

Michael Irvin believes that Odell Beckham Jr and Jarvis Landry can bring the Cleveland Browns a championship like LeBron James and Dwyane Wade did in Miami. Stephen A. Smith calls the comparison "blasphemous".

Not only did Irvin offer the bold take, but he also compared Beckham and Landry to a former Miami Heat duo in LeBron James and Dwyane Wade.

The show’s host, Stephen A. Smith, of course nearly had a heart attack as he objected to Irvin’s opinion, while using the word “blasphemous” several times to dispute his reasoning.

Regardless, there’s no denying the fact that the current Browns are a lot more talented than last season’s rendition of the team.