Video: Former Celtics Big Man Vehemently Explains Why Heat Would ‘Have Their Way’ With Bucks 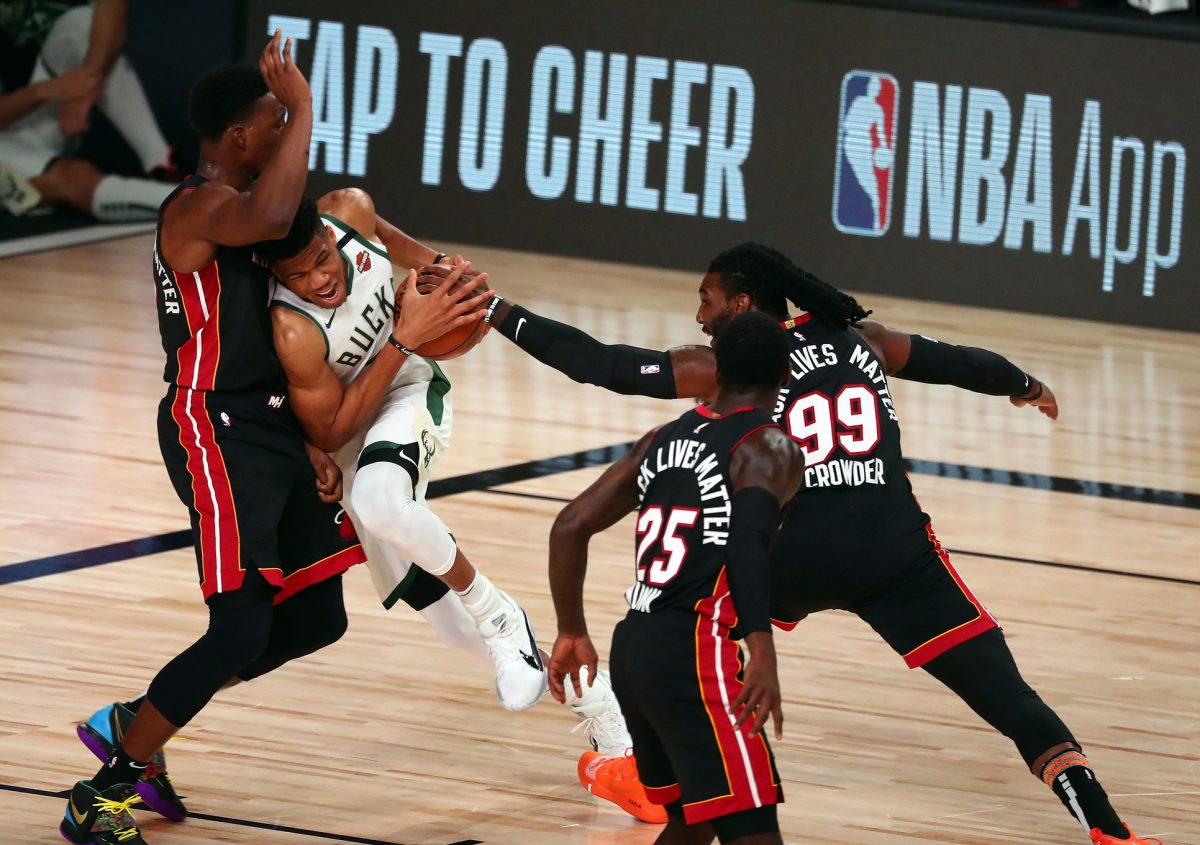 Former Boston Celtics big man Kendrick Perkins sees the Miami Heat defeating the No. 1-seeded Milwaukee Bucks in the second round of the Eastern Conference playoffs.

That is, if the Bucks can make it that far.

Hell No!!! This Miami are going to have it their way with the Bucks. https://t.co/4k0eaycTYA

“If you’re struggling, if you’re Khris Middleton and you’re struggling to get your game off against a depleted Orlando Magic team that is missing Aaron Gordon,” he said. “And you’re struggling with them, and you think you’re about to go mess with those goons from Dade County in Miami, in Jae Crowder and Jimmy Butler and Andre Iguodala and Bam Adebayo, well coached by Erik Spoelstra, you crazy.

“And they don’t want to see the Miami Heat in the second round. They better be lucky if they get past this round.”

There’s no doubt that the Bucks have been a disappointment so far in the playoffs despite winning Game 2 of their series, 111-96.

The primary reason is because they shockingly lost Game 1 in embarrassing fashion, 122-110.

The Magic are considered to be a far weaker squad than a Heat team that has dominated the No. 4-seeded Indiana Pacers in the first two games of the potential seven-game series.

All that information has Perkins confident that the Heat would continue their success against the Bucks in the next round.

Perkins may seem overly confident, but there’s no doubt that the Heat have enjoyed success against the Bucks this season.

In fact, the Bucks did not defeat the Heat all season long until the two teams faced off in the NBA bubble earlier this month. The Heat were missing several key players in that 130-116 defeat.

On the regular season, the Heat won the series 2-1.

If the two teams face off in the next round of the playoffs, the Heat will look to continue that trend of success.