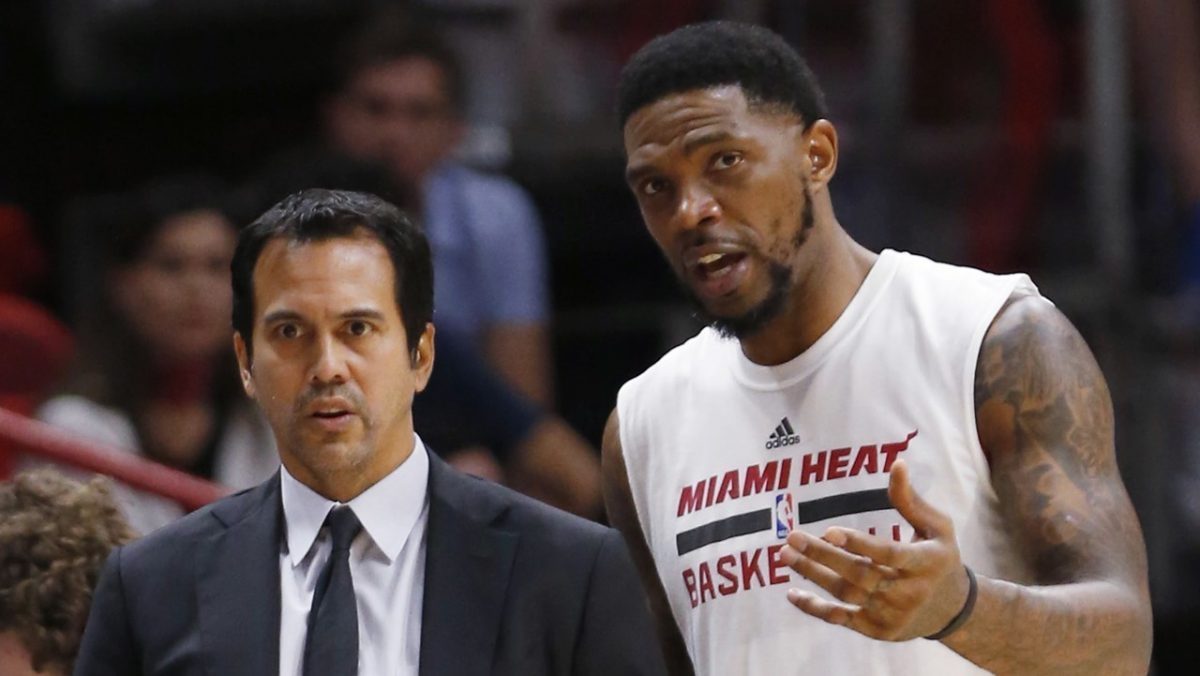 Miami Heat head coach Erik Spoelstra has been with the franchise for over 20 years.

During a video interview with Adrian Wojnarowski, the general shared which Heat player is his favorite to coach.

“But my favorite Miami Heat player is not a Hall of Famer, but he’s a Miami Heat hall of fame, and his numbers will go up in the rafters as soon as he’s done,” Spoelstra said. “And he was the player when won our championship against Oklahoma City, he was the one that dumped the Gatorade bucket on me. And that was Udonis Haslem. And he is Mr. Miami.”

While Spoelstra has coached superstars like Dwyane Wade and LeBron James, there’s no doubt Haslem is one of the most beloved players in franchise history.

The Heat’s all-time leading rebounder has stayed extremely loyal to the organization. He had the opportunity to go to other teams for more money in the past; however, he decided to stick with the Heat for the long haul.

While he doesn’t put up monstrous stat lines or conduct fancy highlights, Haslem portrays his value in a myriad of other important ways. The bellicose big man always stands up for teammates and makes sure no one messes with the franchise.

Furthermore, Haslem is a phenomenal veteran. The 39-year-old serves as a voice of encouragement to the Heat’s youth base.

As for Spoelstra, he is also one of the most loyal members in Heat history. Over the course of his career, the two-time champion has complied a regular season record of 564-387 as head coach of the Heat.