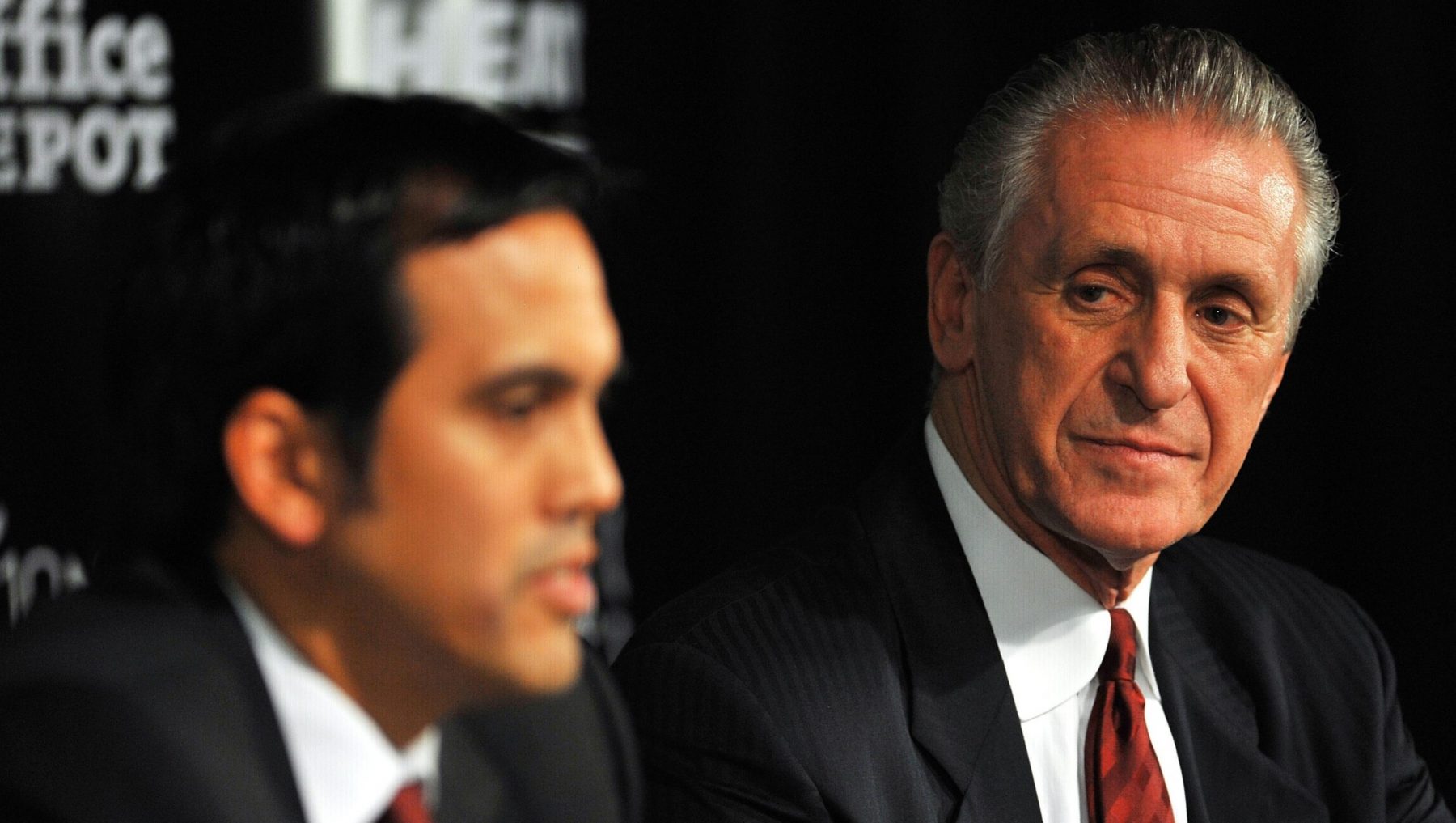 Miami Heat general Erik Spoelstra remembered the time team president Pat Riley told him he was going to be the head coach of the franchise.

In an video interview with TNT’s Ernie Johnson, the Heat head coach recalled that Riley conducted the conversation in the most epic way possible.

“It would be like you imagined, a Godfather scene,” Spoelstra said. “He brought me in on a Saturday, after we won 15 games. … The lights were down. I sat on the other side of the desk. I could barely make out his face; he could see me.

“He said, ‘I’m done. You’re ready for it. This will be like you’re in a bird’s nest and I’m going to push you off the branch and you are going to have to figure out how to fly. You have enough experience, you’ve worked for great people. This is happening. Take a couple days to get your S-H-I-T together and Monday is the press conference.’”

Spoelstra, 49, has succeeded at the helm since that dialogue with Riley.

He began his tenure with the Heat as the team’s video coordinator in 1995. He later moved up to an assistant coaching position in 1997, where he served for over a decade. Spoelstra was under Riley’s tutelage when the franchise won its first championship in 2006.

Riley officially passed the head coaching baton to Spoelstra before the 2008-09 season.

Since becoming the organization’s head coach, Spoelstra has led the Heat to four NBA Finals and two championships.

Over the course of his career, Spoelstra has complied a regular season record of 564-387 for winning percentage of .593.

The future Hall of Famer is the second-longest tenured coach in the NBA behind San Antonio Spurs legend Gregg Popovich.