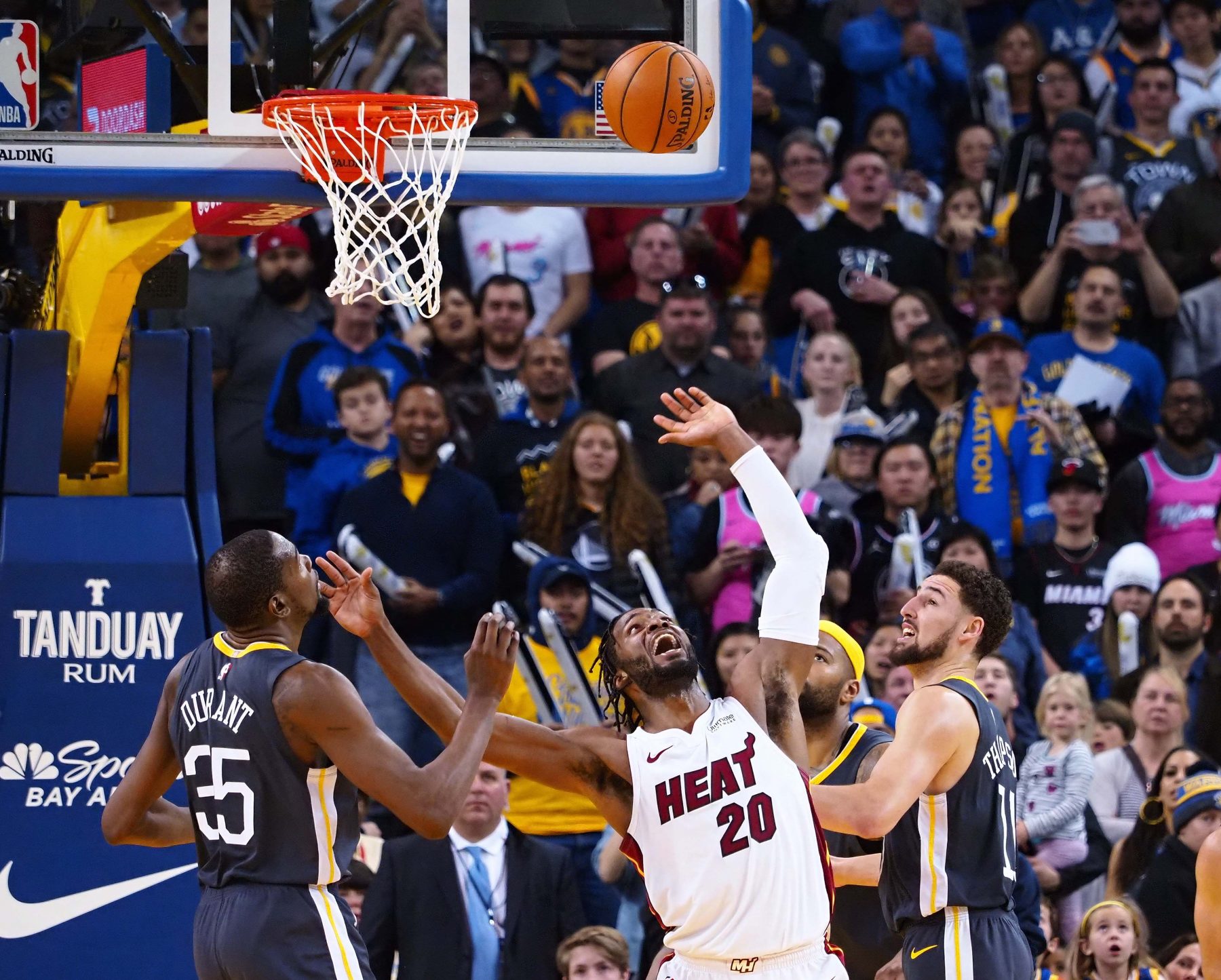 Miami Heat head coach Erik Spoelstra has generally refrained from commenting on officiating during his tenure with the Heat.

One of the targets of Spoelstra’s ire was the sharp disparity in free-throw attempts by the two teams, with the Warriors getting 26 attempts and the Heat only getting eight foul shots.

Another focus for Spoelstra was directed at a non-call in the closing 10 seconds with the game deadlocked at 118 apiece.

Warriors forward Kevin Durant appeared to double dribble, but no whistles were heard, which allowed him to launch a 3-point attempt. While the shot missed, Durant’s teammate, DeMarcus Cousins, got the rebound and was fouled.

He subsequently made two free throws to provide the Warriors with the winning margin.

Spoelstra began the complaint with a plea to the NBA office not to assess a fine for his comments:

“NBA, do not fine me. I’m allowed to say this. It ends up being, you know, 26 to eight. Nobody wants to hear it, that’s not why we lost. We had a three-point lead with a chance to get a stop and we actually did not play it well on Durant’s handoff. You know, an MVP comes off and he’s wide open for a three and ties it up. But on the very next possession, you know, it’s a double-dribble. Everybody can see it. Those are tough calls to make, but everybody saw it, it’s right there in front of everybody.

“That should be a violation and you can’t miss those calls. But we had our chances, like I said, it was back and forth. The officials, so let’s be clear about it so I do not get fined, that’s not why we lost. But you just hate to see 26 to eight when our guys are going aggressively. You know, the tricks of the trade and things of that nature. I don’t want to say that to our guys, I’m not going to give them that. You have to earn it. You have to earn it with your record. That’s not what this league is about.”

The Heat dropped their fifth game in the last six contests with the loss putting them at 26-28 on the year. Neither the team nor Spoelstra has much time to look back at the contest since they continue their road trip with a Monday night game in Denver. That will be followed by Miami’s final game before the All-Star break, which will be on Wednesday in Dallas.
[xyz-ihs snippet=”HN-300×250-TextnImage”]