Erik Spoelstra on Dion Waiters Earning Spot in Starting Lineup: ‘Yeah, I Don’t Know About That’ 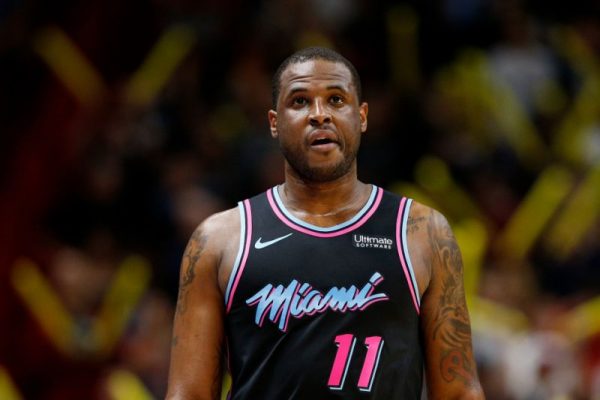 One bright spot in the Miami Heat’s 107-99 defeat at the hand of the Boston Celtics on Monday night was Dion Waiters’ team-high 18-point performance, but that doesn’t seem to be enough to convince Heat head coach Erik Spoelstra to move the outspoken shooting guard into the starting lineup.

Following the loss, reporters asked Spoelstra about Waiters’ performance and if it was enough to earn him a starting role. Spoelstra’s reply was as diplomatic as it was clear.

“Yeah, I don’t know about that,” he said. “But he’s a key contributor, the narrative of who starts and who doesn’t start. You know he’s moving better. He’s getting in better shape, better rhythm. All of that is going to be good.

“And you know he’s handled this the only way you can. The minutes that you have, you have to be productive in them. There’s not a ton of time for practice, and we can’t guarantee minutes for everybody, but you know he’s played well the last couple games.”

Waiters didn’t enter the game until the start of the second quarter and finished the night with just 26 minutes of playing time.

However, that didn’t keep him from nearly bringing the Heat back from a double-digit deficit late in the fourth quarter. This marks the second game in a row that Waiters has put in a strong performance despite relatively low usage.

In Miami’s win over the Chicago Bulls on Saturday, Waiters finished with 21 points on 9-of-13 shooting from the field in just 22 minutes.

Off the court, Waiters has been making noise as well, and not in a good way. He has been quite open about his disappointment regarding his lack of big minutes.

While Spoelstra isn’t one to be pressured by his players or the media, Waiters’ production is starting to become hard to deny.
[xyz-ihs snippet=”HN-300×250-TextnImage”]

Dion Waiterserik spoelstraFeaturedmiami heatNews Ticker
← Previous Story Video: Dwyane Wade Shows Mad Love to Chicago After Final Game at United Center
Next Story → Dion Waiters Pays Homage to Dwyane Wade: ‘I Get to Learn From One of the Best’