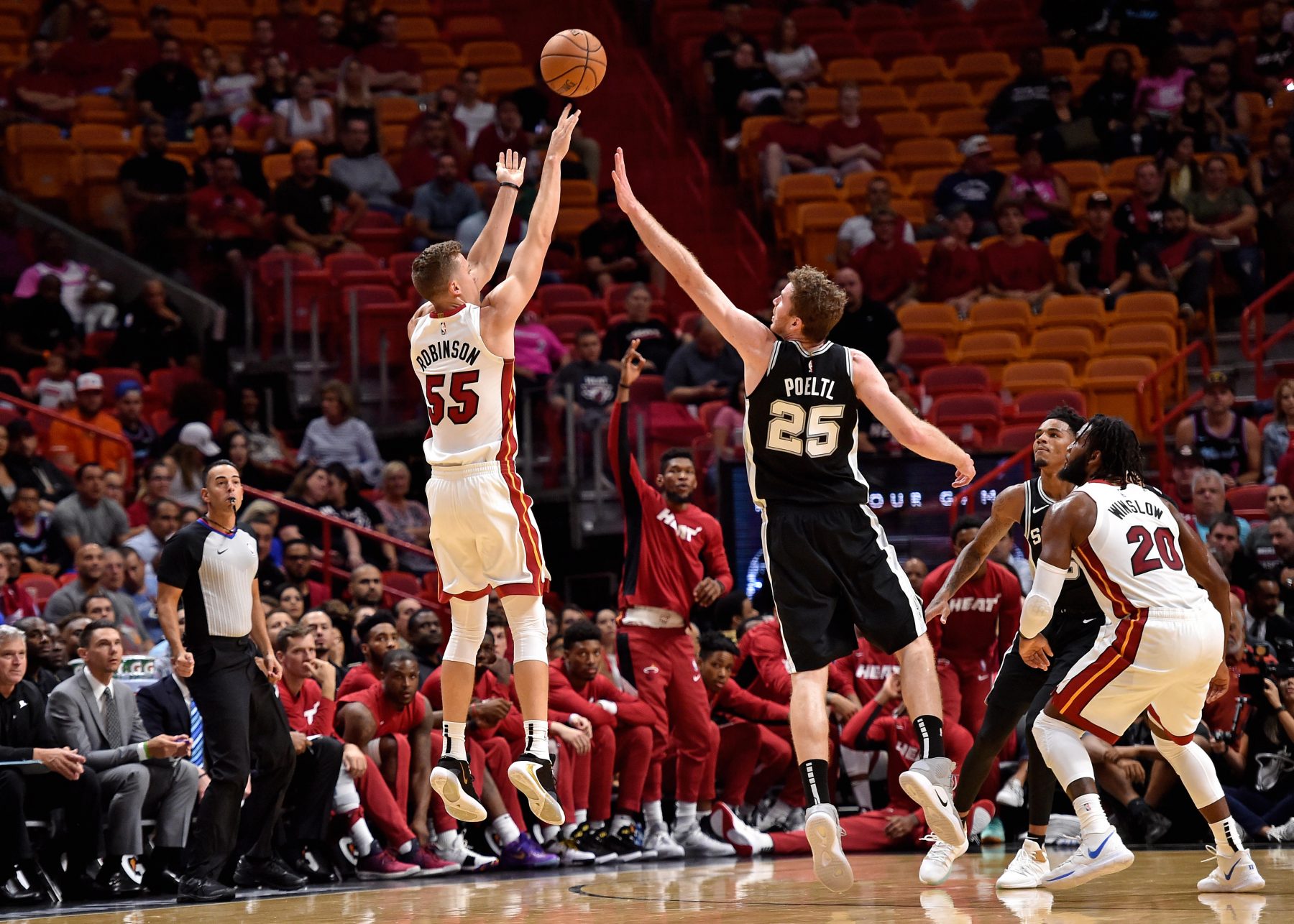 In a video posted by the Miami Heat’s Twitter account, Heat head coach Erik Spoelstra showed a lot of praise for Heat swingman Duncan Robinson, who is trying to solidify a role within the rotation for this season.

Coach Spo has made it clear – Duncan Robinson is one of the best shooters on the planet. ☔️ pic.twitter.com/bU6k6mliAr

“Duncan has put in as much time as anyone in the gym and on his shot,” said Spoelstra. “I’ve said this for a while, he’s one of the best shooters on this planet. He just has to prove it now. He’s put in the work. He’s put in the sweat. He’s put in the grind. He is hungry. He’s driven. He’s ambitious. He is a Miami Heat player. That stroke, three-point shot is not there by accident. There’s a lot of hours behind the scenes when no one’s watching. Now he just has to put it to the wood when the games count. I think he’s ready for that.”

Throughout his first two preseason games, Robinson has started both games and is averaging 8.5 points and 3.0 rebounds in 21.5 minutes per game while shooting 31.3 percent from three.

As one of the Heat’s two-way players last season, Robinson spent most of his time with the Heat’s G League affiliate Sioux Falls Skyforce. In 33 games for the Skyforce, Robinson averaged 21.4 points, 4.2 rebounds, and 2.9 assists per game while shooting 48.3 percent from three.

With just three games left in the preseason, Robinson still has time to show Spoelstra that he deserves to have a big role in the rotation for this season.