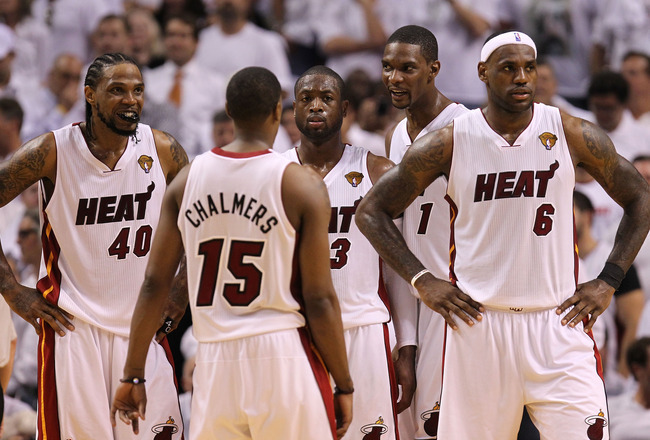 Retired Miami Heat legend Dwyane Wade courted controversy among some of his former teammates from 2006 by suggesting in a new video chat that the Heat’s 2012 champions were better than the 2006 title-winners.

Asked by James Posey which team was better, Wade quickly responded with the 2012 team that went 46-20 and defeated the Oklahoma City Thunder in that year’s finals. The 2006 team came back from an 0-2 deficit in the finals to defeat the Dallas Mavericks.

That quickly brought dismissals from 2006 stalwarts such as Shaquille O’Neal and other seasoned veterans such as Gary Payton and Alonzo Mourning. That team made history as the first Heat squad to ever win an NBA title.

Wade’s assessment was based on his belief that the 2006 team would have been unable to keep up with the fast-paced 2012 squad that had both LeBron James and Chris Bosh in the starting lineup.

Like Wade, Udonis Haslem was a member of both the 2006 and 2012 teams, though he offered no opinion in the debate.

The head coach of the 2006 team, Pat Riley, was also part of the conversation. He also apparently refrained from commenting. That could be based on the fact that Riley has been the architect of all three championship squads in their history.

The fact that Wade won NBA Finals MVP in 2006 and not in 2012 would seemingly point to the future Hall of Famer in the direction of his former teammates. However, it’s clear that Wade isn’t afraid to go against conventional wisdom.