Dwyane Wade’s Nephew Gets in Mid-Game Brawl With Wade, Haslem, and More in Attendance 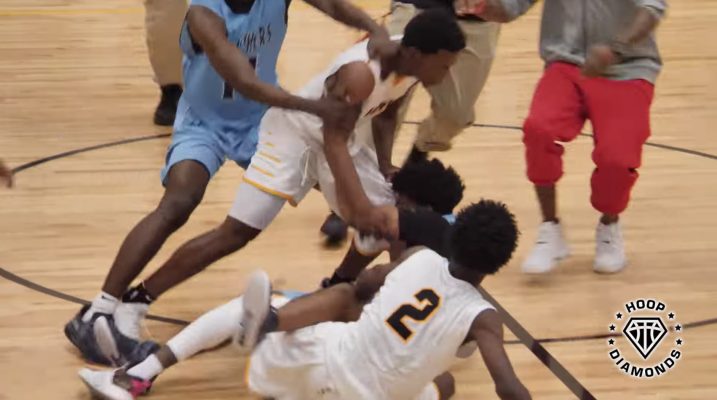 Dwyane Wade, Udonis Haslem, and Josh Richardson were all in attendance during a recent high school basketball game when Wade’s nephew Dahveon Morris let his emotions take control, resulting in a mid-game scuffle.

The scuffle, which was quickly broken up, reportedly resulted in the game getting called before it could be completed.

Jump ahead to 8:20 to watch the fight play out.

Along with Morris, Wade’s son Zaire Wade also played in the game. He can be seen coming to his cousin’s defense shortly after the incident takes place.

Perhaps the high level of competition and the fact that some of the Miami Heat’s biggest stars were in attendance played a role in tensions boiling over.

Luckily, it seems no one was hurt in the altercation.
[xyz-ihs snippet=”HN-300×250-TextnImage”]