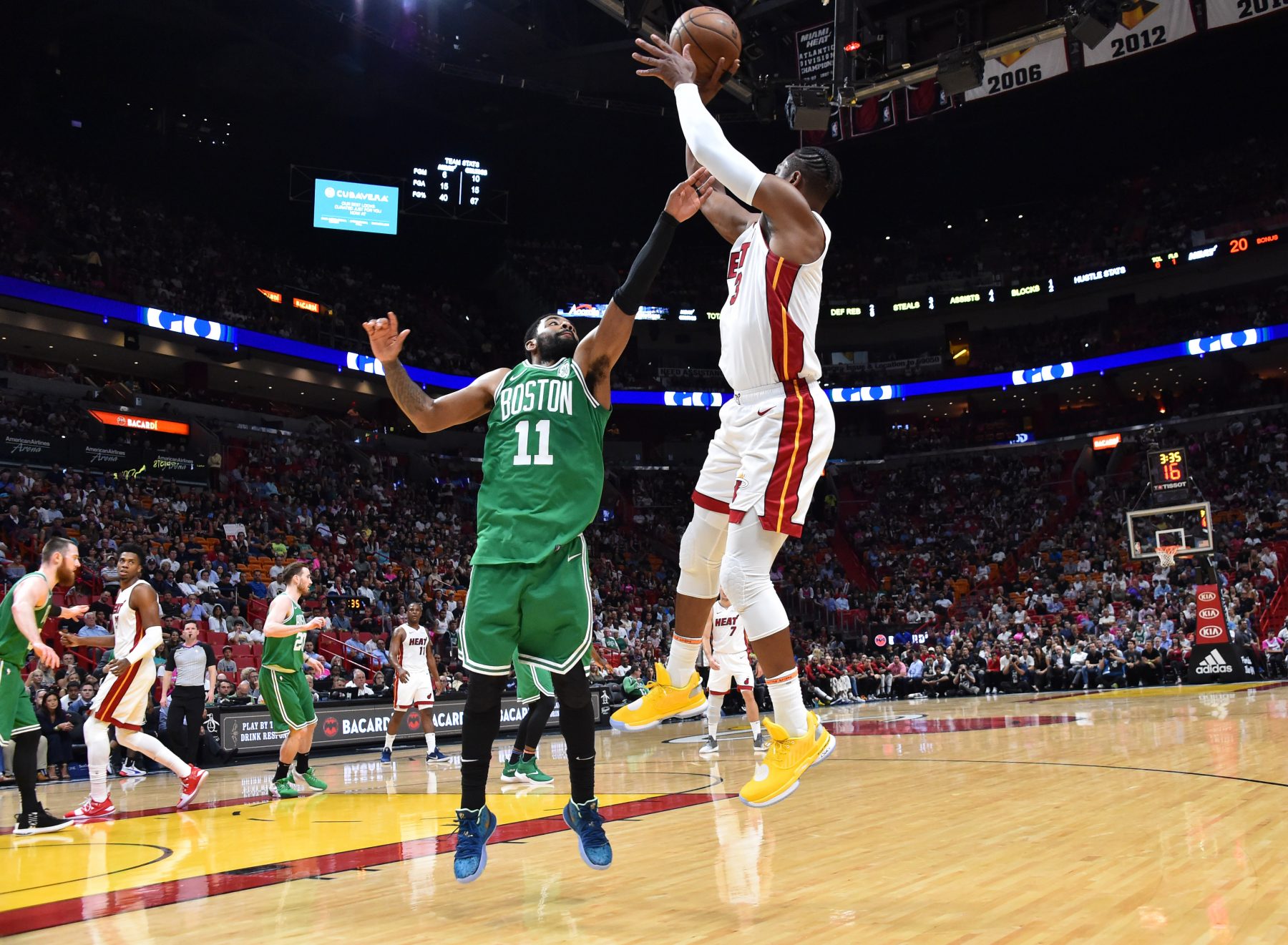 Dwyane Wade is putting on an absolute show for Miami Heat fans as his career comes to a close. The shooting guard is pulling out many of his vintage moves, and on Wednesday, he put Kyrie Irving in a blender.

The Boston Celtics point guard tried to contest the shot, but Wade showed off that pretty turnaround jumper that he has made a living off of throughout his career.

Wade and the Heat are trying to take down the Celtics and move one step closer to securing a playoff spot. Entering Wednesday, the Heat hold a slim half-game lead over the Orlando Magic.

Of course, Wade’s impact shouldn’t surprise anyone. Throughout his career, Wade has been a part of winning teams. Consequently, he’s only missed the playoffs twice in his career.

If he continues to play like vintage Wade, it’s hard to see Miami missing the playoffs.
[xyz-ihs snippet=”HN-300×250-TextnImage”]