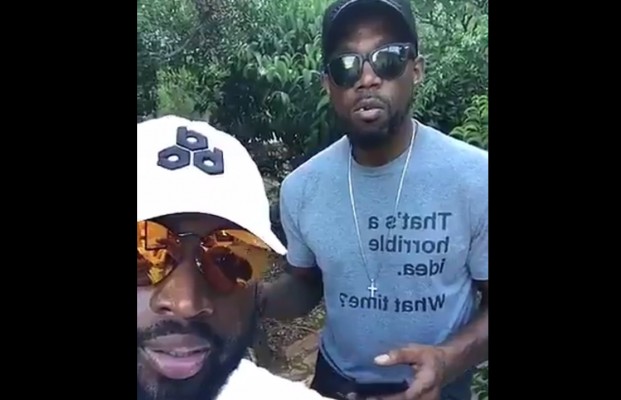 Current Chicago Bulls star guard Dwyane Wade and 14-year Miami Heat veteran forward Udonis Haslem were recently seen together on vacation in Greece on the island of Mykonos and in the famous city of Athens.

Wade took to both his Snapchat and Instagram accounts to post pictures and videos of himself and Haslem, as well former Heat assistant coach and current Memphis Grizzlies head coach David Fizdale, during their adventures throughout Greece.

In one Instagram video posted from Mykonos, Wade can be seen climbing his way to the top of a rock and jumping off a high platform into the ocean below.

Things I never thought I would do. #Growth #mykonos #iknowimdark

Wade and his wife Gabrielle Union also posed together for a picture, with the gorgeous city of Athens in the background.

Wade, who is expected to be bought out of his contract with the Bulls within the next few months, has been linked to rumors of a return to Miami this upcoming season.
[xyz-ihs snippet=”Image-and-Text-Responsive”]