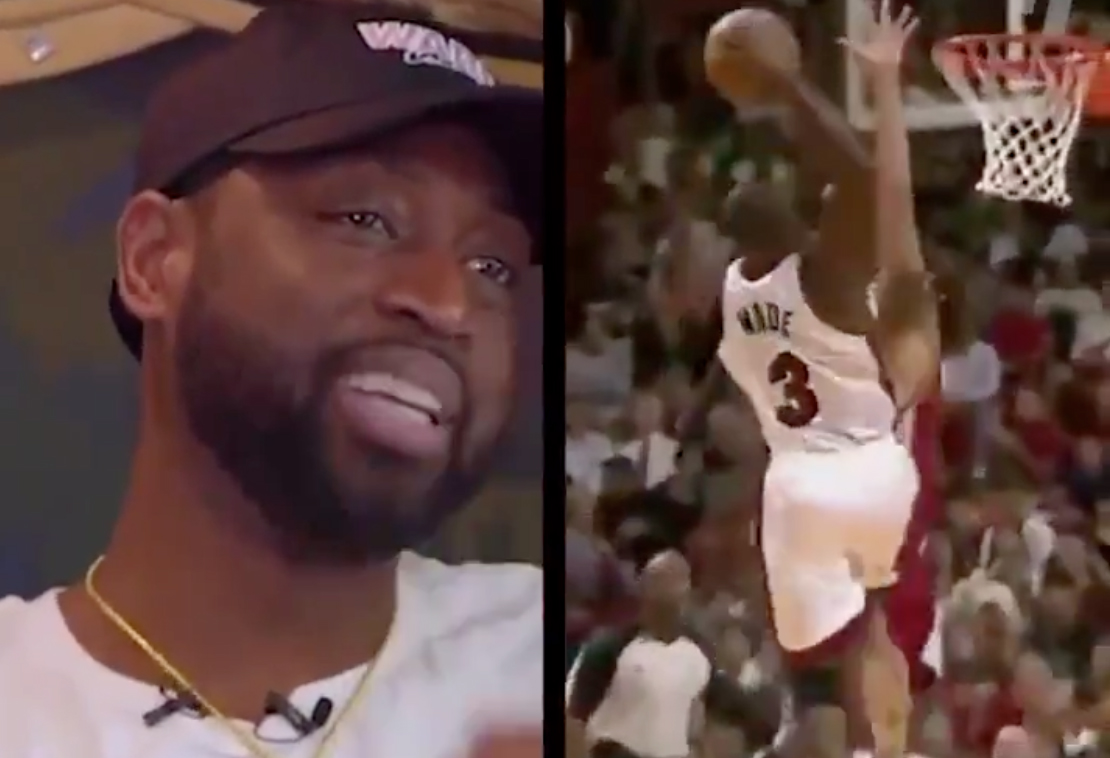 Dwyane Wade’s iconic posterization of Anderson Varejao is an NBA highlight that will live on forever.

The Miami Heat legend took the ball coast to coast before baptizing Varejao at the rim during the 2009-10 season.

Following the dunk, Wade stepped over the Brazilian-born center to walk towards Michael Jordan. Wade said that his competitiveness with LeBron James also played a crucial role in the dunk and the celebration afterward.

After D-Wade bodied Varejao, he looked at MJ and said “That’s how you do it”

“It’s my favorite dunk,” Wade admitted. “So I mean every time I play LeBron [James], obviously I got up for the game. I love that competition so the energy was always dope in the building.”

Wade didn’t plan the iconic step-over after the play. In fact, he was originally heading towards his own bench before he remembered where Jordan was sitting.

“If you look at it, I was about to go towards the bench,” Wade said. “Then I realized M.J. (Michael Jordan) was over there so I was like, ‘Wait, hold on, hold on,’ and I beelined back. He was there so I stepped over him and kept it going.

Wade and James would eventually go on to become teammates and win two championships together. However, their early matchups always featured intense competition between the two.

“The first thing that came to mind was like, ‘That’s how you do it,'” Wade said in reference to James’ missed dunk on the previous possession.

This posterization will go down as one of the most exciting moments of Wade’s career and the backstory behind it adds to the mystique of Wade’s legacy.
[xyz-ihs snippet=”HN-300×250-TextnImage”]