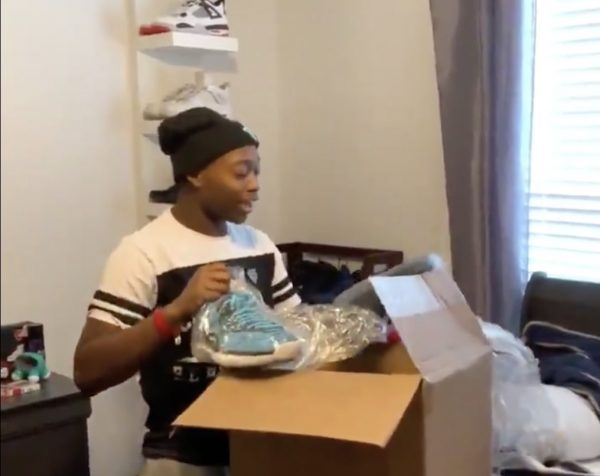 Despite having closed out his 16-year NBA career two months ago, retired Miami Heat legend Dwyane Wade continues to have an impact on people’s lives.

The most recent instance came when he sent a care package to a Georgia teenager who was recently diagnosed with cancer.

Chase McDaniel is a student at Carrollton High School and a linebacker on the school’s football team. He was diagnosed last month with stage 3 lymphoma cancer on the same day that he was scheduled to attend Carrollton’s prom. Despite the devastating news, he ended up attending the event.

Wade’s care package included items from his clothing line as well as a pair of autographed shoes, with McDaniel’s football coach capturing the moment on camera.

Chase McDaniel got a tremendous surprise in the mail from @DwyaneWade !!! What a special human being, who’s impact outside the game of basketball is something we should all admire and emulate !!! #MyBeliefIsStrongerThanYourDoubt pic.twitter.com/Sf48W2zmCT

Also included in the package was an inspirational message from Wade:

“My belief is stronger than your doubt.”

McDaniel was visibly stunned by the gesture and declared Wade as greatest player of all time, but was otherwise at a loss for words.

Fans in South Florida are likely the least surprised by Wade’s decision to send the gift. That’s because they’ve witnessed countless gestures that were similar to this one throughout the years, with Wade embracing the concept of being a role model for the community.

It also serves as ample reason why the Miami area became known as “Wade County” during his playing career.
[xyz-ihs snippet=”HN-300×250-TextnImage”]