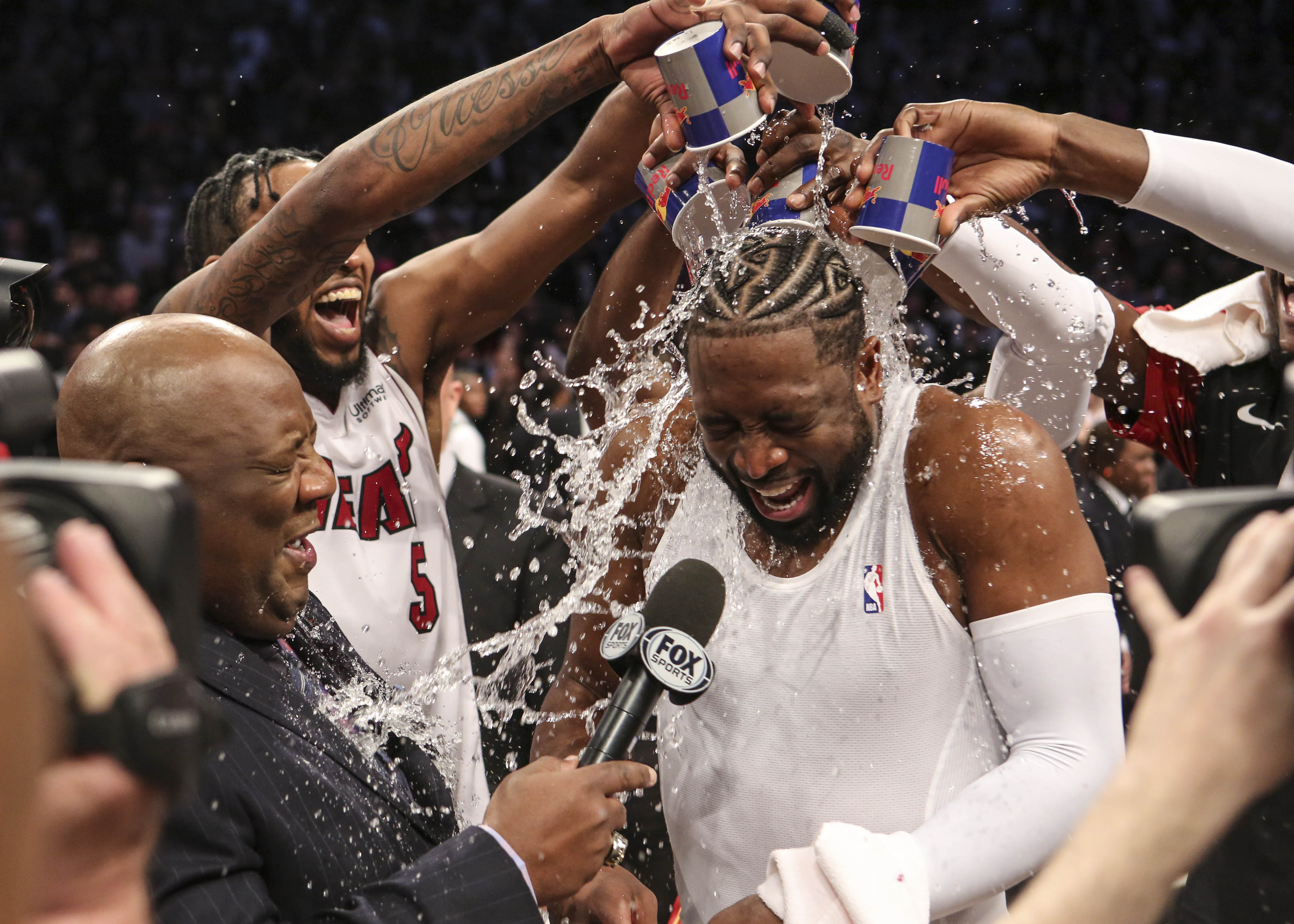 “Keep it going for me.” – @DwyaneWade pic.twitter.com/XgIY2nDDQS

“A lot of this has been about me man, but I appreciate you guys. This is not easy. You guys definitely made me feel like I deserved everything,” Wade emotionally said. “Y’all made it about me. But I’m a team player, that’s the reason I’m able to get the ovation because of the team success. Getting that triple-double that you guys wanted me to get, UD (Udonis Haslem) hitting that shot. It was perfect man. I’m gonna miss being on the court with you guys. I love y’all, bro. Keep it going. Keep it going for me, man.”

Wade, 37, ended his career in phenomenal fashion. The 6-foot-4 shooting guard put up a triple-double, recording 25 points, 11 rebounds, and 10 assists in a 113-94 loss to the Brooklyn Nets. While the Heat lost their final contest of the season, it was a true spectacle watching the veteran go out in style.

With Wade calling it quits, all attention will shift to the team’s young nucleus to bring the Heat back to glory.

Although none of the remaining players have shown superstar potential, the hope is that they will carry on the lessons, characteristics and skills Wade taught them throughout the season.