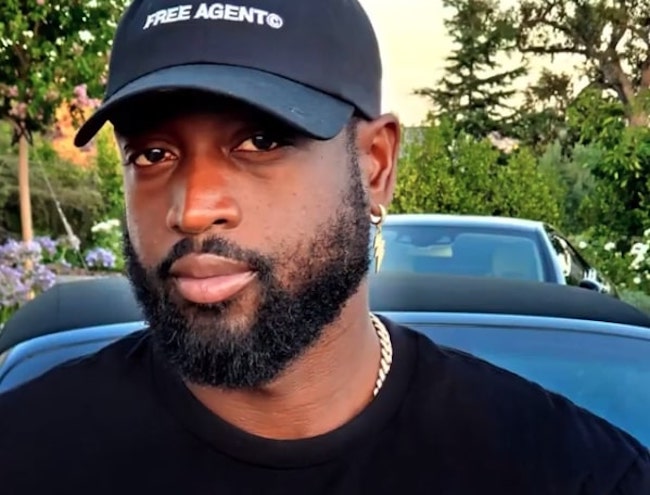 Teams around the league have been making their way to the NBA’s bubble in Orlando, Fla for the restart of the 2019-20 season.

The Miami Heat made their trip on Wednesday.

That same day, Heat legend Dwyane Wade appeared in an Instagram video posted by his son, Zaire, to say that he was getting ready to go and participate in the bubble.

Of course, the retired star was joking.

The prospect of having the elder Wade, who averaged 22.0 points, 4.7 rebounds, 5.4 assists and 1.5 steals per game in his career, in Orlando would likely be welcomed by the Heat. Despite the time off, he would probably still be able to contribute to the team.

In his last season in the league, the elder Wade averaged 15.0 points, 4.0 rebounds and 4.2 assists per game while being the team’s second-leading scorer. Still, the elder Wade seems more than happy to be retired and remain outside of the league’s bubble environment.

In their first season since the elder Wade’s retirement, the Heat have done well. They currently sit in fourth place in the Eastern Conference standings with a record of 41-24.

The Heat’s first game in the bubble will be on Aug. 1 against the Denver Nuggets.