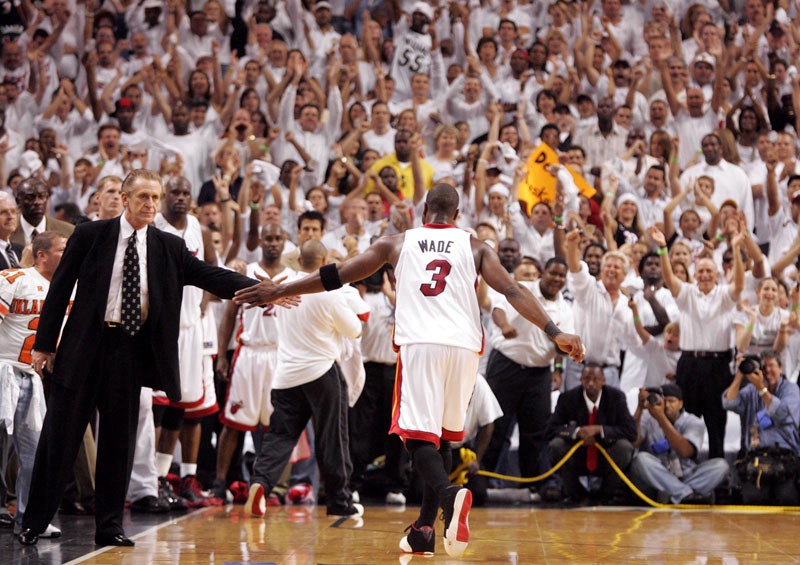 In 2006, the Miami Heat won their first-ever NBA championship, and it was a glorious moment for all of South Florida.

Dwyane Wade looked back on those victorious two weeks in June of that year on social media.

After playing their inaugural season in 1988, the Heat quickly ascended, making their first trip to the postseason just three years later thanks to stars Glen Rice and Rony Seikaly.

When they acquired Alonzo Mourning in 1995, the Heat became title contenders. However, over the next five years, both the Chicago Bulls and New York Knicks prevented Miami from reaching the NBA Finals.

But by 2006, team president Pat Riley had built an even better team around a young Wade and an aging but still potent Shaquille O’Neal. The Heat reached the championship series for the first time ever, but quickly fell behind 0-2 to the Dallas Mavericks.

Thanks to Wade’s relentlessness and late-game heroics, Miami became just the third team to overcome such a deficit to win the NBA title.

The former University of Marquette star averaged 34.7 points, 7.8 rebounds and 2.7 steals a game in the Finals. At least for a fortnight that June, Wade put himself into the exact same exalted stratosphere as legends such as O’Neal, Michael Jordan and Kobe Bryant.