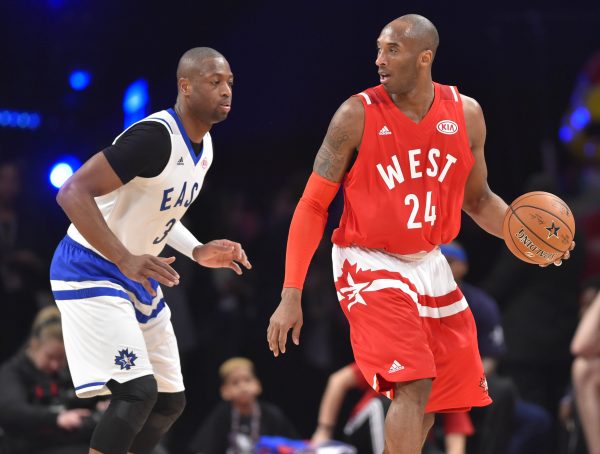 Back in the 2012 All-Star Game, Miami Heat shooting guard Dwyane Wade was facing off against one of his biggest basketball heroes in Los Angeles Lakers star Kobe Bryant.

In that game, Wade let his passion get the better of him and ended up breaking Bryant’s nose as he was guarding him.

While fans might assume that Bryant would be angry about his broken nose, Wade explained to Kevin Garnett that the five-time NBA champion had quite the opposite response.

“Me and Kobe got into a little tussle in the All-Star Game, and I ended up hitting him the wrong way and he broke his nose,” Wade remembered. “So after the All-Star break, we got the Lakers about three games after the break. I call him. I didn’t maliciously do it. I called him and said ‘Yo Kobe,’ and he was like ‘Bro, I love it.’ I’m like, ‘You what?’ He’s like ‘I love it. I’ll see you in a couple days.’ And I’m like ‘Oh snap.’ And he gave it to me too, boy.”

Bryant is one of the most infamous competitors in NBA history, and it seems clear that Wade gave Bryant the fire he needed to stay competitive in the final stretch of that season.

Hopefully, as Wade continues to look back at his incredible NBA career, fans will get to hear many more hilarious stories such as this one.
[xyz-ihs snippet=”HN-300×250-TextnImage”]