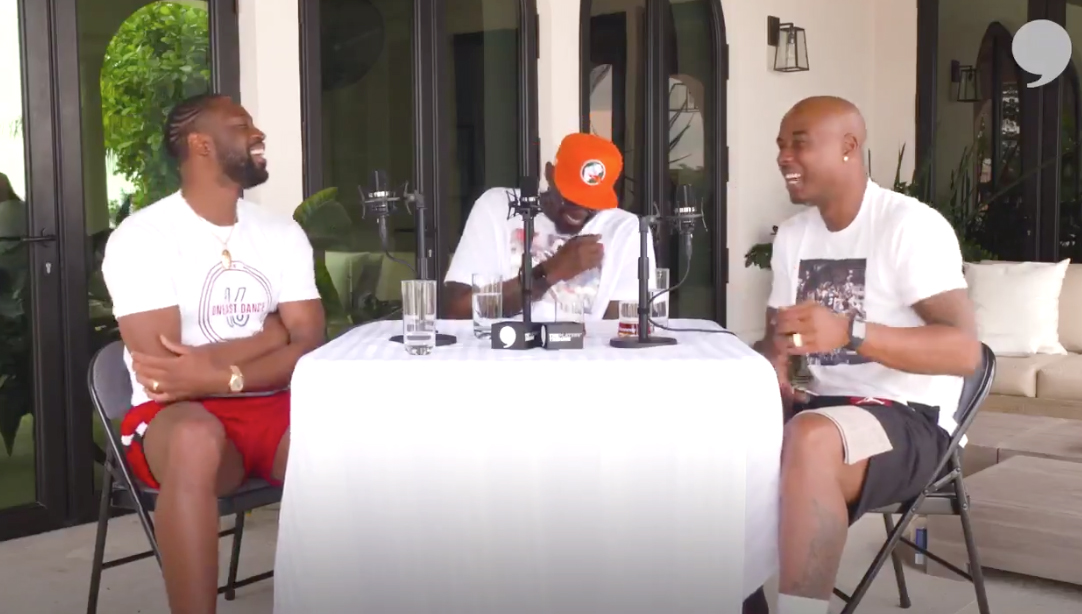 As legendary as Dwyane Wade is now in Miami, there was a time before the NBA when the three-time NBA champion wasn’t so revered.

In an episode of “Knuckleheads,” Wade recounted a time before he was drafted to the NBA when he encountered a hilarious moment with former NBA player Quentin Richardson.

When @QRich saw @DwyaneWade’s name on the draft board … he helped him dress the part.

“So like I’m going through that year right. And like of course I want to go to the league, but still I’m like, ‘No one’s really talking about me like that.’ So I’m on the phone with Q (Richardson), he’s like, ‘I just wanted to tell you, I’m sitting up in the office, and your name was on the draft boards.’ And I’m like, ‘For real? You think I can come out?’

“So we got there, we hang out at TGI Fridays and we go back to Q crib. And I remember going in his closet bro, and I’m just sitting there like, ‘Ahhh.’ Q’s like, ‘Man go in there and grab you some.’ I was in that closet boy!

“The thing was too all of Q’s, he wore No. 3 like I wore No. 3, so everything had my number on it too. Packed a couple pair of shoes, a couple sweatsuits. So, I get back to campus, I’m stuntin.’ I put on a Jordan sweatsuit right away.”