Dwyane Wade Posts Video of Himself Coaching Up LeBron James Jr. on Sideline 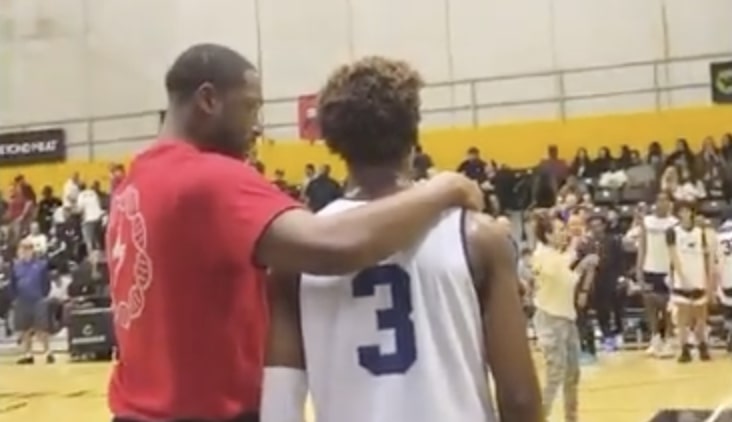 Dwyane Wade’s NBA career came to an end last spring, and it seems he is already trying his hand at a bit of coaching.

On Saturday night, the Miami Heat legend shared a short clip of himself coaching up LeBron James Jr.

It’s pretty incredible seeing Wade offer advice to James. Of course, the two have known each other for years as Wade and James’ father LeBron played together for four years in Miami.

During that time, Wade and the elder James formed one of the most formidable forces in NBA history, advancing to four straight NBA Finals and winning two in the process.

Now, the younger James and Dwyane Wade’s son Zaire have teamed up for a season of high school basketball at the prestigious Southern California private school, Sierra Canyon School.

Over the past year, the younger James has begun to really come into his own as a basketball player. More and more, the 15-year-old guard is starting to offer glimpses into his potential talent. While he’s still a long way off, it looks as though the immense talent his father possesses may have truly been passed on to the next generation.

As for the elder Wade, he’s simply enjoying his first year as a retired man. Hopefully, he’ll take some time out of his schedule this upcoming season to grace his most devoted fans with his presence in Miami.