Watch the Block That Moved Dwyane Wade Pass Michael Jordan for No. 1 on All-Time List 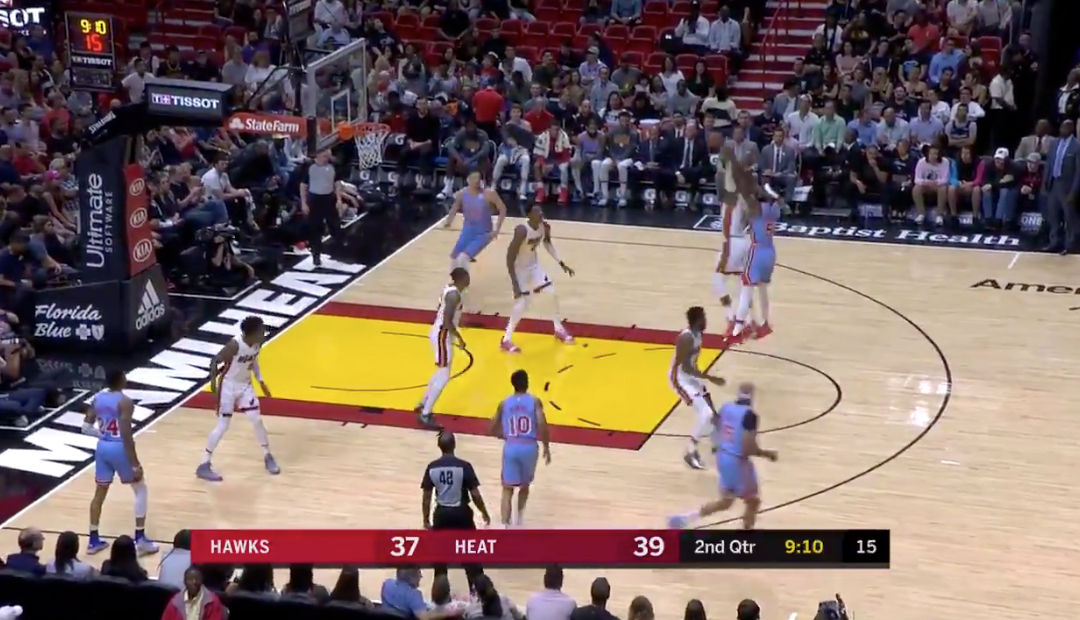 Dwyane Wade set an NBA record on Monday by becoming the NBA’s all-time leader in blocked shots for a guard. And he passed a pretty huge name in the process: Michael Jordan.

With this block @DwyaneWade claimed sole possession of 1st place on the @NBA's All-Time blocks list by a guard, passing Michael Jordan! pic.twitter.com/tU1NqCilPs

With 1,052 blocks, the Miami Heat legend now stands alone as the most prolific shot-blocking guard to ever play in the league. That’s a pretty outstanding title, especially when you look at the man he bumped out of the top slot.

Wade, a 13-time All-Star, is playing in his final NBA season, and is making the absolute most of it.

Entering Monday’s game against the Atlanta Hawks, the three-time champion was averaging 14.2 points, 3.8 rebounds and 4.2 assists per game.

Wade still has 19 games after tonight’s contest to add to his new NBA record.
[xyz-ihs snippet=”HN-300×250-TextnImage”]